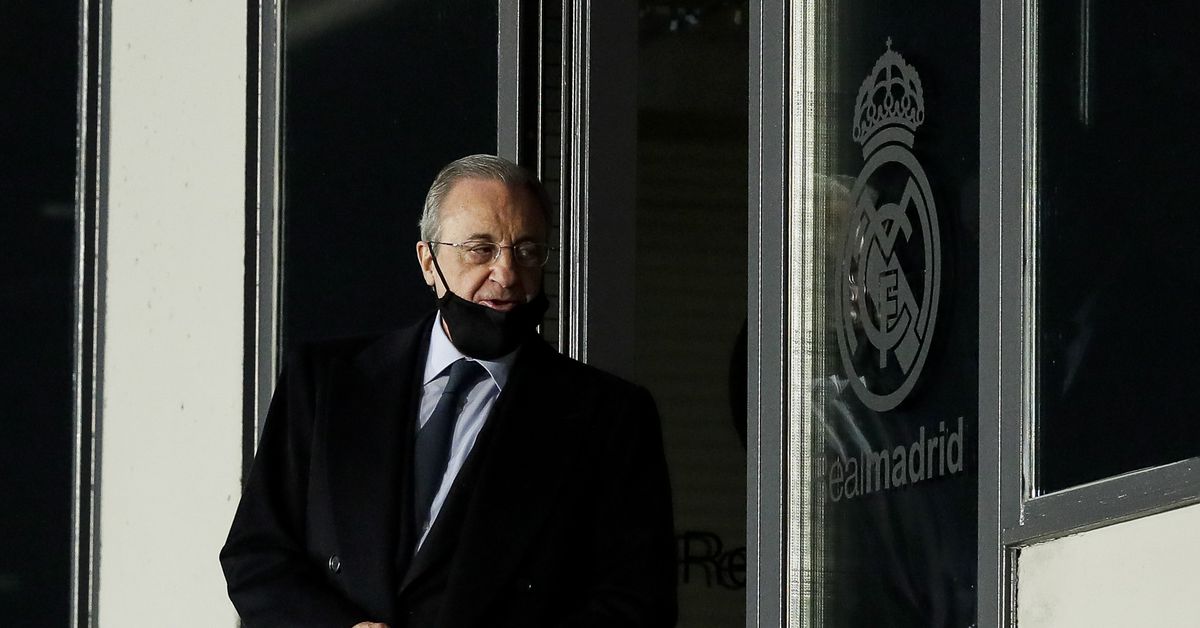 Florentino Perez appeared tonight at El Larguero. He was scheduled to appear on the show last night, but eventually reached a meeting with the founding members of the European Super League at the time.

Florentino’s interview was bizarre and could probably have been avoided altogether. It was not helpful for an already disastrous PR campaign for the failed Superliga.

Here is a quick summary of his most important quotes

“I’m sad. We’ve been working for three years. LaLiga is untouchable, where you have to earn some money on weekdays. The Champions format is outdated and has interest only in the quarterfinals. Last season we lost 650 million and this format does not “We have come up with a format in which the most important teams in Europe have been playing since the beginning of the season. You can get more money where the big ones don’t lose in solidarity with others.”

“Manipulated campaign that said we would end football. There are people who have privileges and do not want to lose them. ”

“I have never seen such an aggression from the UEFA president. It was orchestrated. I’ve never seen him. Threats and insults. It’s like we killed someone. Football must be saved. A complicated event occurs. There was someone in him. English group that had little interest. “

“They killed us with a terrible aggression. They were waiting for us. When all this happens and reality comes, we will see what happens. Clubs will lose more than two billion. ”

He says that the first English team (probably Chelsea?) Had doubts and then “infected” the others and they all decided to leave.

“We both signed a binding contract. We could host other teams. He’s leaving because UEFA is hosting a show. We didn’t explain it anyway, but they didn’t give us a chance. It is not possible for those at the top to lose money and for others to do so. victory. “

“It simply came to our notice then. We can’t wait three years. The money comes from good matches, where there is competition. You have to make matches like Federer-Nadal that are of interest to fans. Top level matches without excluding anyone. ”.

“It simply came to our notice then. No one paid a penalty. The outcome of this project is not in a hurry. There was a club that did not have much interest, but signed a mandatory contract. It is not an assembly movement. ”

“I want an educated UEFA president who does not insult. Simple as hello. And that we claim that it is not hindered. This way of insulting a centenarian president. He should set an example. ”

“We all have an obligation to talk and the UEFA president did not do well. We convey an image of what football is. I didn’t mess with anyone and it was 20 years ago. Football is a sport of values. That was normal 30 years ago and now we all need to set an example. “

The whole theme and Florentino’s reasoning behind this idea (which practically does not seem to be organized at all) is that “if the rich do not get rich, they cannot give their money to the poor, and the poor die. ‘

“I have a responsibility to make Real Madrid a pioneer. If there is money, there is money for everyone. The project is pending. We are all together, reflecting on the future. Juventus did not leave. The bottom line is that games are of interest to young people. “

More reflection on Florentino’s appearance tonight. For me there was a clear message, albeit indirectly: “Don’t be mad at me for not signing Mbappe and Haaland. I can’t do it without the Superliga”

“It is impossible to have big signatures if the money does not flow. They didn’t even let us say what solidarity is. We will continue to work in this Super League. ”

“If Mbappé does not come this year, no one will shoot himself. If things don’t happen, it’s because they can’t be done. I think the partners are happy with my work. ”

“We are closing this season and we are asking the players to make an effort. I love them all. I signed Ramos in 2015. It will depend on the situation of the club, a player will have to be sold … I know what it means to find a club in 2000 in a very bad situation. “

“There is already a renewal agreement with Modric. This is not the case with Sergio Ramos. I love him as if he were my son. He knows the situation. ”

This could be the quote that turns several Real Madrid fans against Florentino Pérez.
Asked why he did not consult members about the Super League, he replied: “Do I have to ask them which players to sign as well?”

On 15 “fixed” members. They are the ones who have earned it on merit in the last 15-20 years. Semifinals, finals, have the most fans on social networks around the world. We need. What we can ‘I don’t do … they say we’re all equal and that’s great, but there are games that no one watches. “

Florentino “Madrid fans are not stupid. If you tell them that instead of the games we are currently playing in the middle of the week, they can play games against Man United, of course they were happy.”

Florentino “Madrid could not pay players when we took over, we changed the world with galacticos. Now things have to change again, after COVID”.

Florentino “A big guy wears a big suit, a small guy wears a small suit. Everyone should be comfortable with the suit they are wearing. And the reality comes from the TV viewer’s figures. This is not capricious, I’m just trying to help. “