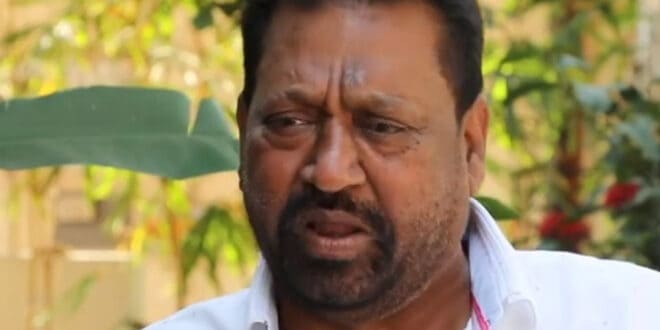 2020 ended on a sad note. Another tragedy struck Tollywood. Well-known actor, villain and comedian Narsing Yadav blew his last breath today at a private hospital in Somajiguda. He died of kidney failure. Narsing Yadav was suffering from a period of kidney infection. He was dialyzed regularly. However, he succumbed to kidney failure. He is survived by his wife and son.

In early April this year, Narsing Yadav was hospitalized. He slipped into a coma and was put on the fan. However, he was later recovered and discharged.

Narsing Yadav has starred in more than 300 films, including Telugu, Hindi and Tamil. He had become popular with Ram Gopal Varma’s films. He was last seen in Khaidi no. 150 of Chiranjeevi in ​​2017.