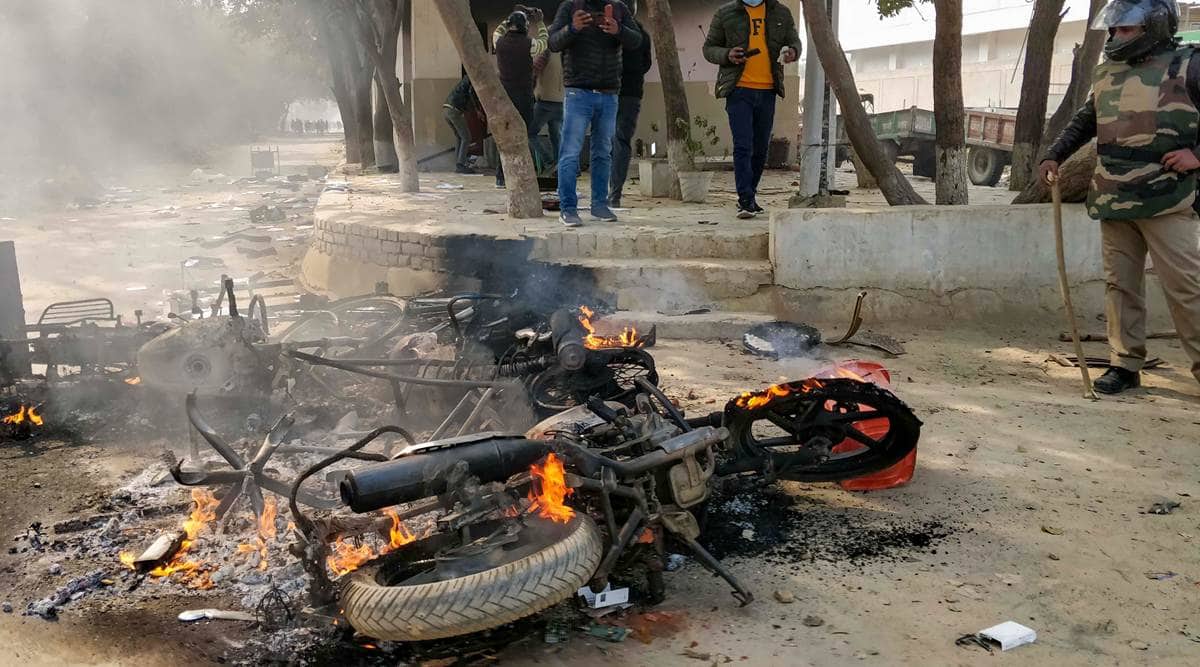 In Agra on Thursday, a clash broke out between police and a group of people protesting against the death of a man named Pawan, who died in an accident when his sand truck overturned.

The mob also set fire to a police chowki and several vehicles.

Police said the incident took place in the Tajganj area and that the Torah chora police were set on fire. The stones were also thrown, police officials said.

The man is suspected of carrying illegally extracted sand.

Prabhu Narain Singh, an Agra district magistrate (DM), said the scene was close to the Yamuna River, where the sand had been legally mined earlier, but the tender had expired. “About three months ago, the mining contract ended. I asked for a new auction, but no one has shown up so far. The village of Man is nearby, and the locals are exploiting sand illegally, “he said.

“Around 11 o’clock on Thursday morning, a young man was driving a tractor with a cart full of sand. The young man did not appear to be a trained driver and, when a police vehicle passed him, he got scared and hit the accelerator. That road is at a height. The tractor driver lost control and the tractor overturned and fell in the fields below. He was rushed to Shanti Manglik Hospital. Locals believed that the police were responsible for his death, “Singh added.

He said about 300 people came to the chowki, vandalized it and set it on fire.

The situation was controlled in about two hours, officials said, adding that those involved in vandalism and arson will be identified using CCTV footage and reserved.

“A young man got into an accident and the tractor he was driving overturned. He was taken to the hospital, where he died. Some lumpen elements vandalized the local chowki police, set it on fire and some vehicles parked outside it. They tried to disrupt the law and order, causing the deployment of force on the spot, including in the SSP area, “said Inspector General (Agra Range) Satish Ganesh.