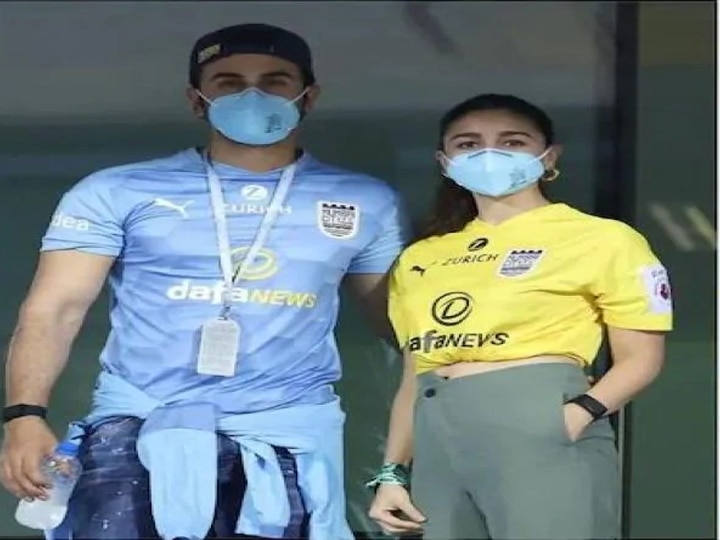 Bollywood’s cute couple Ranbir Kapoor and Alia Bhatt have arrived in Goa today to watch football matches. Photos of the two are going viral on social media. The two look so cute in the photo together. Bollywood stars appeared in a football match between Mumbai City FC and Jamshedpur FC in Goa. In the Indian Super League 2020-2012, Ranbir Kapoor and Alia Bhatt were seen supporting the Mumbai team. Meanwhile, Alia Bhatt has also shared a photo of herself on her Instagram account, in which she is seen supporting Mumbai.

Alia and Ranbir were spotted at the Mumbai airport a few days back. In this picture, both are seen standing together. Let me tell you, Alia Bhatt and Ranbir Kapoor will be seen together in their upcoming film. Photos of the two together have been seen going viral on social media. According to media reports, the two may get married in the year 2020. Meanwhile, Alia Bhatt has bought her new house near Ranbir Kapoor’s house. Alia Bhatt has also shifted to her new home.