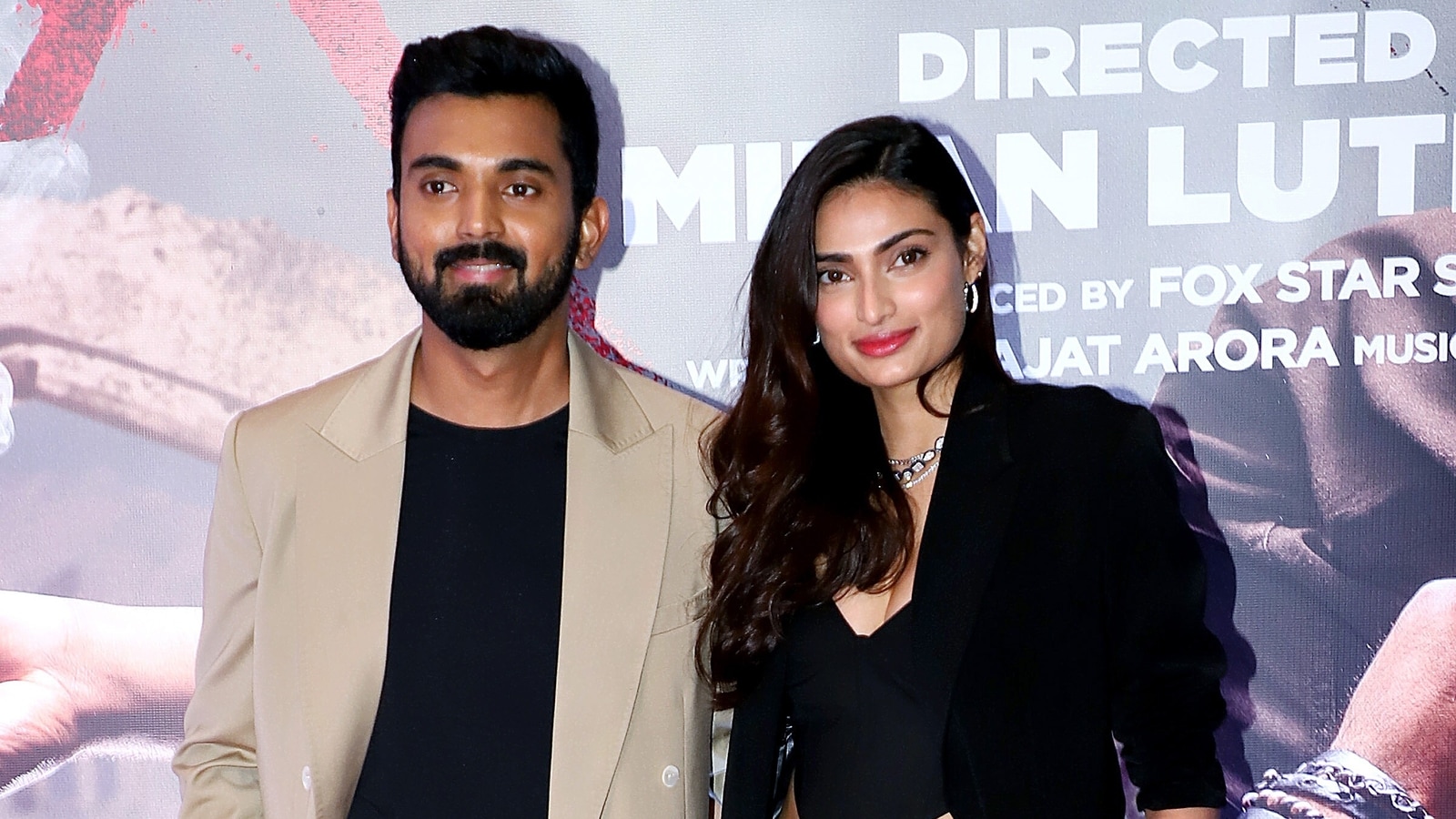 Athiya Shetty and KL Rahul made their first appearance on the red carpet as a couple on Wednesday at the screening of her brother Ahan Shetty’s debut film, Tadap. Now, an inside photo from the event has appeared online, in which she is seen crouched next to him, while he has a wide smile on his face.

While Athiya wore a completely black outfit for the event, Rahul wore an oversized beige blazer over a black T-shirt and beige pants. He joined her and her family at the screening and even posed for pictures with Ahan. +

Rahul and Athiya never admitted that they had a relationship. However, they often enjoy each other through Instagram posts. Last month, on her birthday, he shared photos with them at a cafe and wrote, “Happy birthday (heart emoji) to my @athiyashetty.”

Earlier this year, Athiya accompanied Rahul to England for the World Test Championships. He shared pictures with them relaxing with Virat Kohli, Anushka Sharma and other significant cricketers and others.

A source told the Hindustan Times that Rahul listed Athiya as his “partner” before leaving. “The couple left India together in England for the World Test Championships last month. Before leaving, the logistics department asked all players for the names of the people traveling with each of them. Players had to name if they were traveling with their spouses or partners, for which KL Rahul listed Athiya Shetty as a partner. She traveled in the same bubble and stayed in Southampton with the team, “he said.

Athiya made her Bollywood debut with Hero in 2015. She also starred opposite Arjun Kapoor in Mubarakan. She was last seen in Motichoor Chaknachoor, which was released in 2019 and has not yet announced her next project.