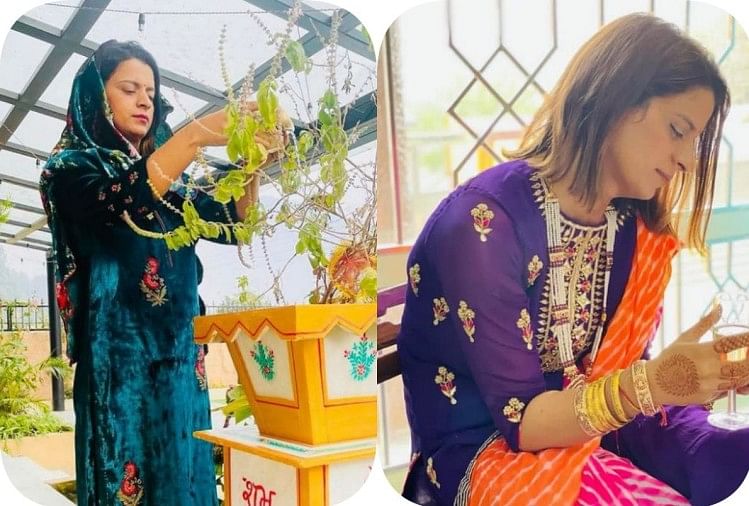 Today is the birthday of Kangana Ranaut’s sister Rangoli Chandel. Rangoli is Kangana’s elder sister. Kangana shared a photo with her sister and wished her a happy birthday. Kangana is very close to her family and enjoys every special occasion with them. Kangana’s sister Rangoli looks after all her work. The two sisters get along very well. Sister Rangoli accompanies Kangana wherever she is shot. But did you know that Rangoli is an acid attack survivor?

While in Rangoli College, a boy named Avinash Sharma threw acid on her face. In an interview, Rangoli had said that the boy proposed to me, after which I began to distance myself from him. I did not tell anyone, but he told many that he would marry me one day. When my parents arranged my affair with an Air Force officer, he started worrying about marrying me and threatened to throw acid.

“I didn’t tell my parents or the police anything about it. It was my biggest mistake,” Rangoli said. I was living in PG with four girls. I heard a young man asking about me. He threw acid as soon as I opened the door. My engagement was broken. Half of my face was also burnt and the sight of one eye was gone.

The pain after this was told by Rangoli. He had said that my parents had also given up. He would have fainted if I had seen him that way. Kangana had then raised money for his treatment. For this, they were forced to make B grade films. Rangoli performed 53 surgeries in 2-3 years. Kangana was just 19 years old at the time of the accident and she did her best to treat her sister.

After this incident, Rangoli got married. They have been married for more than 10 years. He also has a son whom Kangana loves very much. Now all is well, Kangana’s family is living a happy life.