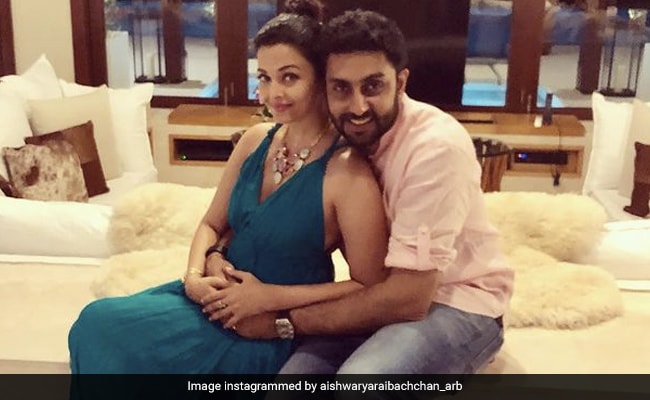 Abhishek and Aishwarya got married in 2007. (courtesy of aishwaryaraibachchan_arb)

Aishwarya Rai Bachchan and Abhishek Bachchan, who recently celebrated their 14th wedding anniversary, first met in Switzerland, where the actress filmed for Aur Pyar Ho Gaya with Bobby Deol, while Abhishek accompanied his father, Amitabh Bachchan, to film the film Mrityudata, where he was a production boy. It was Bobby Deol who introduced his childhood friend Abhishek to Aishwarya, who co-starred in the film. During a recent podcast with YouTuber Ranveer Allahbadia, Abhishek Bachchan revealed that he was a production boy when he first met Aishwarya. When asked if he had a passion for it at the time, Abhishek Bachchan said, “Who doesn’t crush it? I mean, come on, come on.”

Remembering his first meeting with his wife, Aishwarya Rai Bachchan, now Guru The actor said: “I first met her when I was a production boy. It was a movie my father made Mrityudataand I left for the location in Switzerland because the company felt that because I grew up in Switzerland at the boarding school, I could take them to beautiful locations. I’ve been there for a few days, alone. And then a childhood friend of mine, Bobby Deol, filmed for his first film – Aur Pyar Ho Gaya. And he came to know that I was there and said, “Hey, why don’t you come to dinner?” And this is the first time they’ve fired when I met Aishwarya. “

Abhishek Bachchan, who is currently filming for a project in Lucknow, was away from home on the 14th anniversary of his and Aishwarya’s wedding. He made up for it by joining his wife Aishwarya and daughter Aaradhya in a video call.

Abhishek and Aishwarya were married on April 20, 2007. The couple starred in several films, including Umrao Jaan, Guru, Kuch Naa Kaho and Raavan among others. The couple will be seen sharing screen space in the Anurag Kashyap product Gulab Jamun. The couple met their daughter, Aaradhya, in 2011.