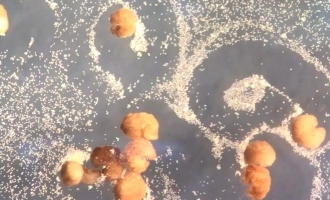 Artificial intelligence has come a long way in exploring the hidden possibilities of robots. AI allowed the robots to walk, swim and communicate. Now they are even able to reproduce. New research shows that living robots can replicate biologically in a unique way.

In January 2020, a team of scientists from the University of Vermont, Tufts University, and Harvard University took stem cells from African clawed frog embryos and formed them into tiny living creatures called xenobots.

Xenobots, which are less than 0.04 inches wide, were able to move on their own, communicate with each other and heal from injury, making them the first robots alive. The American scientists who created the first living robots say that life forms can now reproduce – and in a way that is not seen in plants and animals.

Josh Bongard of the University of Vermont said the 3,000-cell xenobots were able to replicate using “kinetic replication – a process that has been unheard of until now, but is known to occur at the molecular level.” The results of the new research were published on November 29, 2021, in the Proceedings of the National Academy of Sciences.