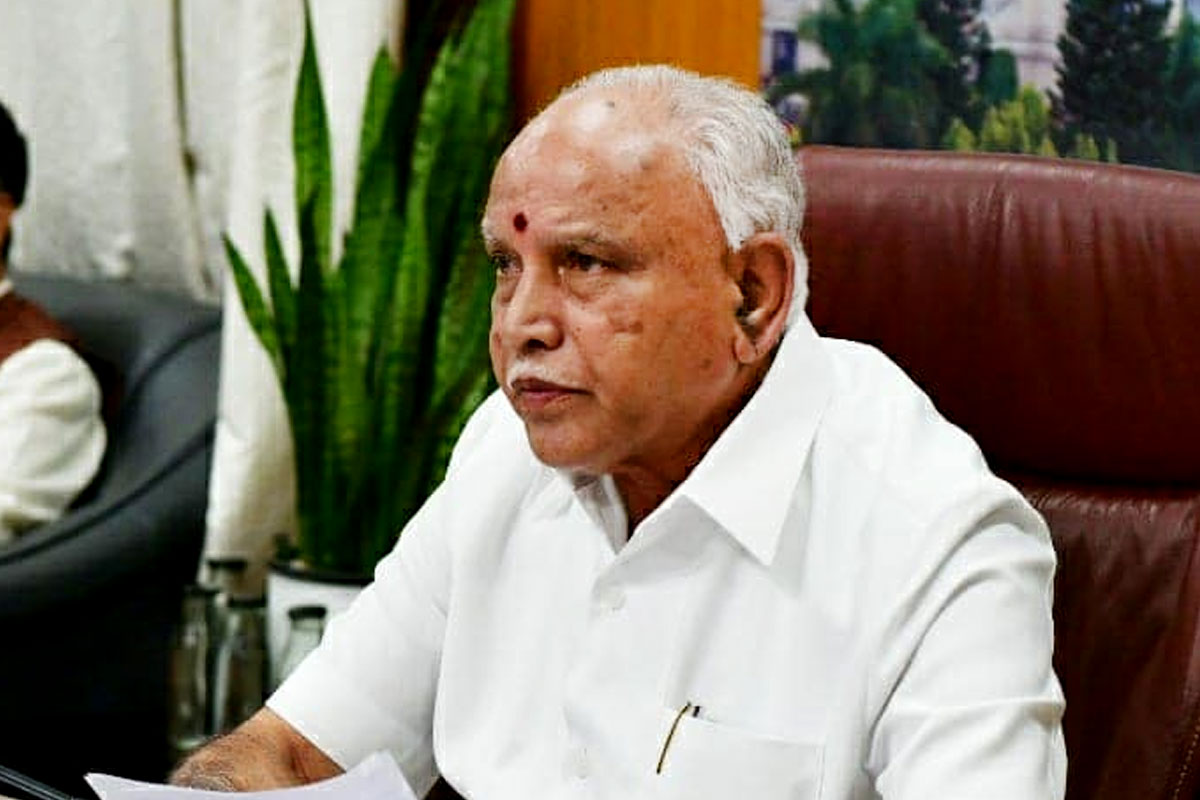 In a press conference, Karnataka Chief Minister BS Yediyurappa dismissed speculation about a change of leadership and spoke about his administration through the pandemic.

Karnataka Chief Minister BS Yediyurappa said on Thursday that he would complete the remaining two years of his term and that there was no confusion in this regard within the Bharatiya Janata Party (BJP). This comes as a reaction to intense speculation that the high BJP command is considering a change of leadership in Karnataka in the coming days, given the age of Yediyurappa (77).

BJP Secretary General of the State, Arun Singh, has made it clear that there are no problems for the next two and a half years and that Yediyurappa will continue as chief minister, such questions do not arise at all. He added that his focus was on work and development in response to a question about leadership change and its effect on the administration.

Despite the clarifications on the issues, speculation is not removed due to open statements and expressions of dissatisfaction from senior leaders, such as MP Basanagouda Patil Yatnal. When asked about the same thing, Yediyurappa said their concerns will be resolved. “I will hold a wise division meeting with all our legislators,” he said.

Referring to the financial struggles and challenges due to the Covid-19 pandemic, he said the year was a “test of fire”. Speaking about the impact of Covid-19 on the state and its economy, CM said the state could face a fiscal downgrade of 25,000 to 30,000 rupees and could persist until the next budget.

CM Yediyurappa, despite the failures, intends to emphasize the development of the state, including the well-being of farmers, agricultural workers, the SC / ST community and backward communities. He also expressed the government’s desire to make Karnataka the most developed state in the country.

Noting that his desire and dream was to put Karnataka at the top of the country’s development map, Yediyurappa said all his cabinet colleagues are working collectively to achieve the goal.

Saying that the BJP is consolidating its base across the country, including in Karnataka, the chief minister said in recent Gram Panchayat polls, which took place on Wednesday, that more than 60% of BJP candidates have won and made history.

According to reports, out of 5,728 Gram panchayats, BJP-backed candidates won the majority in about 3,800 panchayats, he said, while giving collective leadership for the achievement, while acknowledging the efforts of district ministers, deputies and party workers. .

Although Gram Panchayat polls do not take place on party symbols, all political parties have made efforts to ensure that the candidate they support wins so that they have control over basic politics, which may prove advantageous for them in the taluk or zilla panchayat and even assembly polls whenever it happens.

Also citing that the BJP won 12 of the 15 rallies that were chosen for bypolls in December 2019 and the gain in the Rajarajeshwari Nagar and Sira segments earlier this year, Yediyurappa said these results show that the party has made inroads. in the fortress of the opposition parties.

He stressed that his management managed the Covid-19 crisis, while also supporting communities in need, he said he also ensured the continuation of development work despite the pandemic.

“Our government has managed to attract FDI even during the Covid-19 pandemic. Up to 95 proposals worth 1.54 rupees lakhs have been received,” he said.