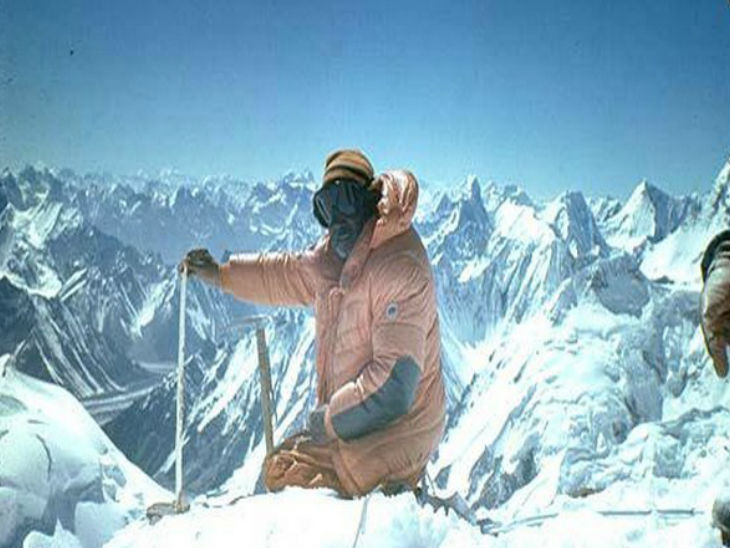 Colonel Bull was targeted by Pakistan during the 1977 operation in Siachen. -File photo

Colonel Narendra Bull, India’s highest-ranking official, passed away in Delhi on Thursday. He was 87 years old. With the help of Colonel Bull, India maintained its control over Siachen. Based on her report, the then Prime Minister Indira Gandhi allowed the Indian Army to conduct Operation Meghdoot.

The army then set out on a mission to capture Siachen. Had it not been so, the entire glacier would have fallen to Pakistan.

Prime Minister Narendra Modi, while paying tributes to Colonel Bull, wrote on social media that it was an irreparable loss. Colonel Narendra Bul Kumar served the country with extraordinary courage and diligence. His special relationship with the mountains will always be remembered.

An irreparable loss! Colonel Narendra ‘Bull’ Kumar (retired) served the country with exceptional courage and diligence. His special bonds with the mountains will be remembered. Sympathy to their families and well-wishers. Om Shanti. https://t.co/hTQvGJobxM

At the same time the troops paid tribute to Colonel Bull, writing that he was a soldier mountaineer who would inspire many generations. He is no more, but he has left stories of courage, bravery and dedication.

Even after losing four fingers, he won several peaks

Narendra Bull Kumar was born in 1933 in Rawalpindi. In 1953, he was commissioned in the Kumaon Regiment. His other three brothers were in the Indian Army. He was the first Indian to climb the peak of Nanda Devi. In 1965, he climbed Mount Everest, Mount Blanc (the highest peak in the Alps) and then Kanchenjunga.

He had won these peaks despite losing four fingers in previous campaigns. In 1981, he played a key role as a member of the Antarctica Task Force.

Colonel Bull was the deputy captain of the team that won India’s first Everest in 1965. The bull was his nickname. He always kept his name. He was awarded the Kirti Chakra, Padma Shri, Arjuna Award and McGregor Medal.

The bull is called Siachen Savior

Retired Lieutenant General Sanjay Kulkarni said he is known as the protector of Siachen. He was the one who plotted Pakistan to occupy the Siachen Glacier area. After that, the rest is history. Kulkarni is also one of the first soldiers to reach the top of the glacier. He was the captain at the time and would go there with the regiment.

In the late 1970s and late 1980s, Colonel Bull conducted several expeditions to the Siachen Glacier area. Meanwhile, in 1977, he got the intention of Pakistan. On 13 April 1984, troops launched Operation Meghdoot and captured Siachen.

It was the first attack on the world’s highest battlefield. Troops completed the operation and captured the entire Siachen Glacier.