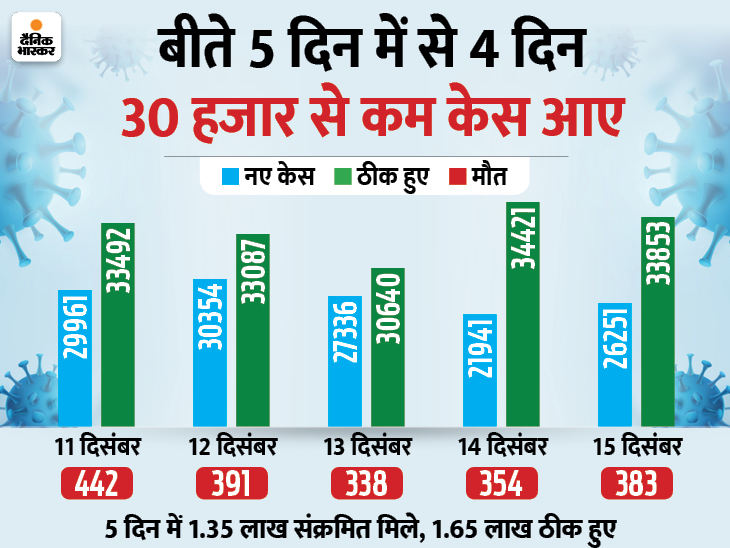 The incidence of corona infection in the country is declining rapidly. On Tuesday, 26,251 new cases were reported, 33,853 patients were cured and 383 people died. Thus 8 thousand 8 active cases were reduced. So far, 99.32 lakh cases have been reported in the country. Out of which 94.55 lakh patients have been cured. 1.4444 lakh have died and 3.30 lakh patients are undergoing treatment.

About 25-30 thousand cases are coming every day. In such cases, the total number of infections could exceed 10 million in the next three days. These figures are taken from Kovid 19india.org.

Maharashtra. Maharashtra
On Tuesday, 3442 people were found infected. 4395 people were healed and 70 died. So far 18 lakh 86 thousand 807 people have been infected. 71 thousand 356 patients are undergoing treatment. 17 lakh 66 thousand 10 patients have been cured. The number of people who lost their lives due to infection has now reached 48,339.