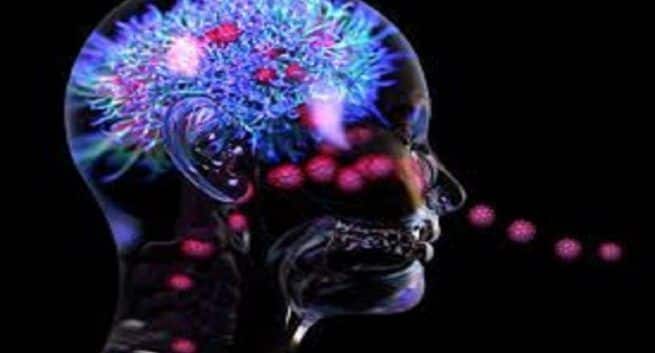 We have been in the COVID-19 pandemic for more than a year and scientists are still trying to figure out what the virus is doing, how it affects the human body and the implications for the near and distant future in terms of health. We know that it can wreak havoc with various organs of the body and can sometimes even cause permanent damage. Its effect on the brain is something that has intrigued researchers since the beginning of the pandemic. Now, according to a new study, this virus does not infect brain cells, but can cause significant neurological damage. Neuropathologists, neurologists and neuroradiologists from Columbia Vagelos University College of Physicians and Surgeons came to this conclusion after analyzing the condition of dozens of deceased patients. Journal Brain published this study Read also – The critical situation in Delhi COVID-19 Kejriwal calls for help from the center, while growth continues amid restrictions

According to the researchers, although there has been considerable debate about the virus infecting the brain, they have been unable to find signs of it in the brain cells of more than 40 patients with COVID-19. But at the same time, they noticed many pathological changes in these brains. They say this may explain why seriously ill patients have confusion and delirium and other serious neurological effects and why those with mild cases may have “brain fog” for weeks and months. This is the largest and most detailed brain autopsy report published to date COVID-19 to date and suggests that the neurological changes often seen in these patients may result from inflammation triggered by the virus in other parts of the body or in the blood vessels of the brain. Read also – Experimental antiviral drug, MK-4482 shows potential against Covid-19

The virus is not found in brain cells

During the study, the researchers examined the brains of 41 COVID-19 patients who succumbed to the disease during their hospitalization, mostly Hispanic. The mean age of the patients was between 38 and 97. About half of these patients were intubated and all had lung lesions due to infection. Some of the patients died shortly after arriving in the emergency room, while others remained in the hospital for months. All patients underwent extensive clinical and laboratory investigations, and some underwent MRI and brain CT scans. Also Read – People with blood cancer may not be fully protected against Covid-19 after mRNA vaccines: Studies

To detect any virus in neurons and glia cells of the brain, the researchers used several methods, including in situ RNA hybridization, which can detect viral RNA in intact cells; antibodies that can detect viral proteins inside cells; and RT-PCR, a sensitive technique for detecting viral RNA. But they failed to detect evidence of the virus in patients’ brain cells. However, they found very low levels of viral RNA by RT-PCR. This may be due to the virus in the blood vessels or leptomeninges that cover the brain.

Despite the absence of the virus in the brain, in each patient the researchers found a significant brain pathology, which falls mostly into two categories. They noticed a lot of areas with damage caused by lack of oxygen. Patients also had severe lung disease, so hypoxic lesions in the brain were not surprising. Some of these were large areas caused by strokes, but most were very small and detectable only under a microscope. Based on other characteristics, the researchers believe that these small areas of hypoxic damage were caused by blood clots, common in patients with severe COVID-19, which temporarily stopped the supply of oxygen in that area. They also observed a large number of activated microglia in most patients. These are immune cells that live in the brain and can be activated by pathogens.

Researchers have discovered groups of microglia that attack neurons, a process called “neuronophagy.” Because no virus was found in the brain, microglia may have been activated by inflammatory cytokines, such as Interleukin-6, associated with SARS-CoV-2 infection. In addition, hypoxia can induce the expression of “eat me” signals on the surface of neurons, making hypoxic neurons more vulnerable to activated microglia. So, even without directly infecting brain cells, COVID-19 can cause brain damage. Activated microglia have been found predominantly in the lower brain stem, which regulates heart and breathing rhythms, as well as levels of consciousness, and in the hippocampus, which is involved in memory and mood.

(With entries from agencies)