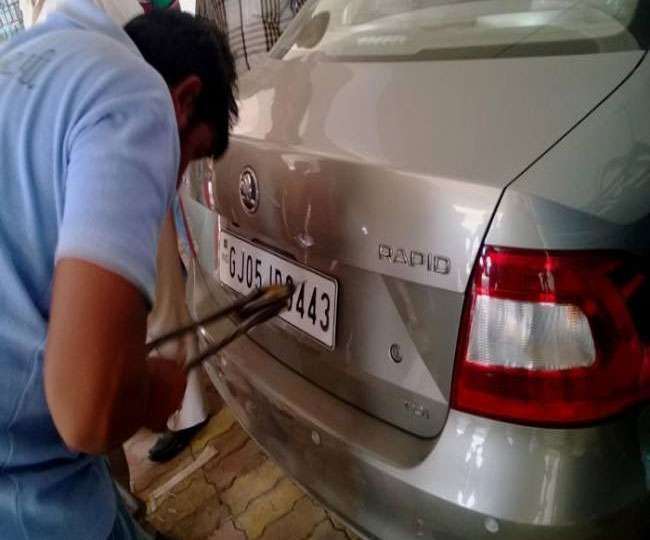 New Delhi, Auto Desk. HSRP Update: The Delhi government has tightened rules on high security registration plates and color-coded stickers. This could lead to heavy fines for driving without color coded stickers without HSRP in Delhi. Let us know, the report said, adding that the Delhi Transport Department is conducting a limited campaign in the city to comply with HSRP and color-coded sticker rules on vehicles. The campaign will start from Tuesday in 9 districts.

In addition, a new team has been formed for HSRP whales A senior official of the department said that nine squads would be deployed in Delhi to nab those caught driving without following the rules. The team will drive in limited and selected areas in Delhi. Which will only take care of four-wheelers. Let us know for information, the purpose behind forming this team is to get stickers to every vehicle owner as soon as possible.

A fine of Rs The Department of Transportation had earlier issued a notice urging vehicle owners to take HSRP and color coded stickers and now it is learned that vehicles without HSRP will be fined from Tuesday. Also, those who do not comply with this rule will be liable for action under the Motor Vehicle Act. In this case, they can be fined Rs 10,000, which is a minimum of Rs 5,500.

These people will find relief: Note that vehicles currently applying for HSRP and color-coded stickers will not be penalized. All he has to do is show the application slip and avoid the penalty. According to transport department officials, there are at least 40 lakh vehicles, including both cars and two-wheelers.