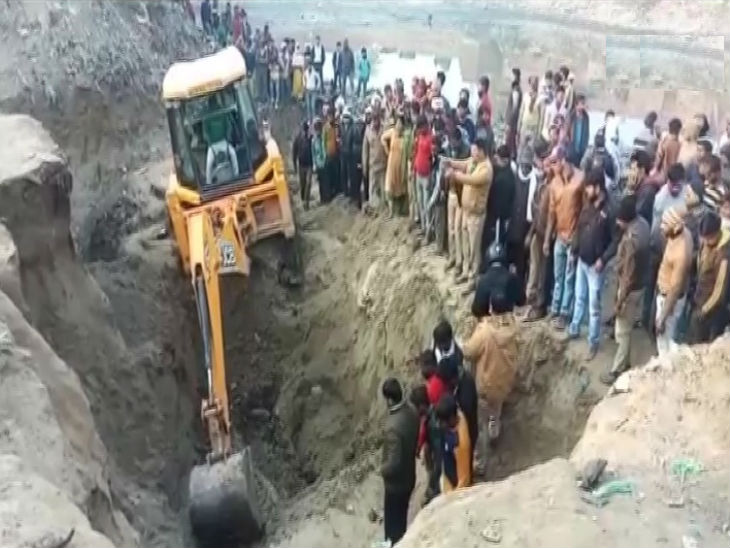 The accident took place in Runakata area of ​​Agra. One child died on the spot while two died during treatment.

A major accident took place in Runakata area of ​​Agra in Uttar Pradesh on Thursday evening. Eight children were buried here due to mudslides. When people shouted, people first began to remove the soil themselves and remove the children. It was then excavated by JCB. In a short time all the children were taken out. One child died on the spot while two died at the hospital.

The lake was being dug in the village for three days. This work was started by the village head. Excavation was closed on Thursday. Many children from the village were playing in the pool. Suddenly the soil of the lake filled up and fell on them.

A local woman saw the accident. He shouted. Seeing this, a large number of people reached there. The police were also informed. After this, forces of several police stations rushed to the spot. One by one, eight children were pulled out of the mud. One of them died on the spot. The rest were rushed to a hospital. Two people, including a girl, died during treatment there.

The ambulance arrived but there was no oxygen

The oxygen level of the children was greatly reduced as it was buried under the soil. People present there said that the ambulance that reached there did not have oxygen facility. So the children did not get oxygen immediately.

SP City Botre Rohan Pramod said ten-year-old Radha, six-year-old Sonal and five-year-old Daksh died in the accident. Aniket, Dev and Sarik are undergoing treatment. Anshu was in good health. He was released from the hospital after treatment.