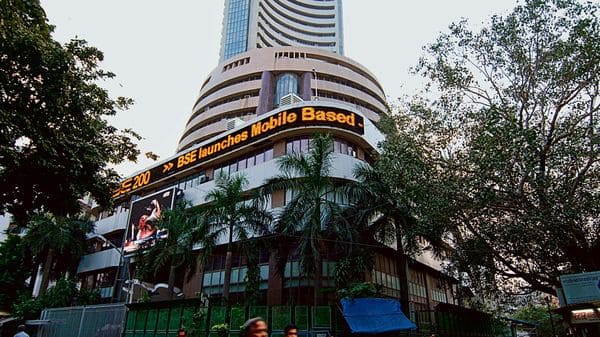 Stock market today: Due to the massive rise in fresh Covid cases on Wednesday, the Indian stock market is expected to see strong downside trends when the market opens today, after a gap of one day of Ramnavmi holidays. Stock market experts said Tuesday’s opening gap was completely filled and Monday’s opening gap was partially filled (left by a small margin). They said NSE Nifty has current support at 14,200 and a sustainable move below 14,150 will mean a widespread weakness in the Indian stock market.

Speaking about how the stock market will behave in today’s opening bell, Nagaraj Shetti, a technical research analyst at HDFC Securities, said: “On Tuesday, Nifty opened up 169 points and began to show weakness on during the day from the maximum of the opening day. intensified in the middle of the subsequent period and Nifty managed to show a minor recovery from above, from almost 14,200 support to the end. A long bear candle was formed on the daily chart with a minor lower shadow. From a technical point of view, this model could mean a possibility of a sudden lack of crucial support below 14,200 levels. “

Shetty added that Nifty has recently demonstrated a lack of strength to support highs and we are seeing consistent lower highs and repeated tests of 14,200 smaller supports. After showing up jumps from the lower supports for a few occasions, Nifty is now placed on the brink of the decisive decline of the disadvantage of the lower support, as well as the distance movement of the last month.

“The lack of strength to support the maximums has continued on the market, and Nifty is now placed at the crucial moment of assistance, around 14,200 to 14,150. The chances of the disadvantage appearing to be higher. A decisive factor under support will probably pull it on Nifty down 13,500 levels in a quick period of time. Any jump from the top could find strong resistance around 14370, “concluded Nagaraj Shetti of HDFC Securities.

Sumeet Bagadia, executive director at Choice Broking, said: “If NSE Nifty breaks its current support, then it is possible to correct at least 500 to 600 points, while at Bank Nifty, if the current support of 30,700 is broken, then nine corrections of up to the next 1500 points below 30,700 levels seem possible. “

Revealing the trading strategy for such a volatile stock market with negative prospects up to the limits of the range Avinash Gorakshkar, head of research at Profitmart Securities, said: What it is You should keep your sales strategy growing, focusing on quality stocks in the pharmaceutical, IT and FMCG sectors, as these sectors are expected to remain strong. “