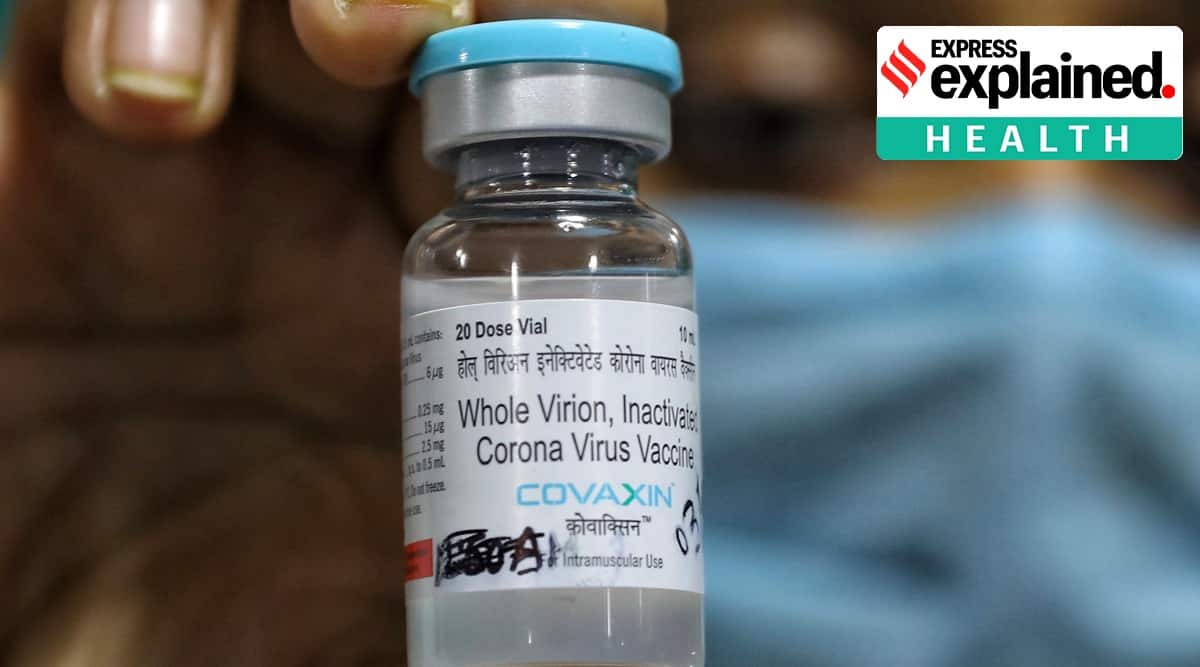 Covaxin, the vaccine manufactured by Bharat Biotech, has generally been shown 78% intermediate clinical efficacy, and 100% efficacy against severe Covid-19 disease in phase 3 studies, the company and the Indian Medical Research Council (ICMR) announced on Wednesday.

The vaccine and the study

Covaxin, the country’s first Covid-19 vaccine, was developed with seed strains received from the National Institute of Virology (NIV), using platform technology derived from Vero Inactivated Whole Virion cells. Inactivated vaccines do not reproduce; They contain the dead virus, which is unable to infect humans, but has the ability to trigger the immune system to mount a defensive reaction against infection.

The vaccine received DCGI approval for phase 1 and 2 human clinical trials in July last year and was introduced by Emergency Use Authorization (EUA) in clinical trial mode.

The Phase 3 clinical trial, which was co-funded by ICMR, enrolled 25,800 participants aged 18 to 98 years, including 10% over the age of 60, with tests performed 14 days after the second dose.

The results of the intermediate analysis

The results of the intermediate phase 3 analysis of Covaxin are based on more than 87 symptomatic cases of Covid-19. Due to the recent increase in cases, 127 symptomatic cases have been reported, resulting in a timely estimate of the vaccine’s effectiveness of 78% against mild, moderate and severe Covid-19 disease, Bharat Biotech and ICMR said in a press release.

The safety and efficacy results of the final analysis will be available in June, and the final report will be presented to a peer-reviewed publication, Bharat Biotech and ICMR said.

Based on the achievement of success criteria, placebo recipients have now become eligible to receive two doses of Covaxin, said Dr. Krishna Ella, President and CEO of Bharat Biotech. Efficacy data against severe Covid-19 and asymptomatic infections are extremely significant, as it helps reduce hospitalizations and disease transmission, respectively, he said.

It works against variants

Scientists from ICMR-NIV said that they isolated and cultivated all variants of concern – B.1.1.7 (UK version), B.1.1.28.2 (Brazil version), B.1351 (African version South) and the mutant double strain B .1,617 (E484Q and L452R) found in parts of the country – and demonstrated the neutralizing potential of Covaxin compared to variants in the UK and Brazil.

While data for the South African variant are being generated, it has been found that Covaxin effectively neutralizes the double mutant strain, scientists at NIV said. “The tireless efforts of scientists from ICMR and BBIL (Bharat Biotech) have led to a truly effective international vaccine … Covaxin works well against most SARS-CoV-2 variants,” said ICMR Director-General Prof. Balram Bhargava.

About 1.1 million of the total doses administered in India so far have been Covaxin; 93.56 lakh of these were the first doses. Only 0.04% (4,208) beneficiaries returned a positive result for Covid-19 after receiving the first dose of Covaxin, said Dr. Bhargava.

Of the 17.37 lakh recipients who received the second dose of Covaxin, 695 caught “the infection discovered after vaccination”, almost the same percentage as those after the first dose.

Suchitra Ella, co-director of Bharat Biotech, said efforts are under way to further develop Covaxin, with clinical trials planned in India and globally to assess its safety and immunogenicity in younger age groups, the impact of doses of booster and protection against SARS-CoV- 2 variants.

More than 60 countries globally have expressed interest in Covaxin and emergency use permits have been received from several countries, the company said.

“Our development efforts have been transparent and published in six peer-reviewed journals, with additional publications in progress,” the press release said.

“Capacity expansion has been implemented in several facilities in Hyderabad and Bangalore to reach ~ 700 million doses / year, one of the largest production capacities for inactivated viral vaccines worldwide.”