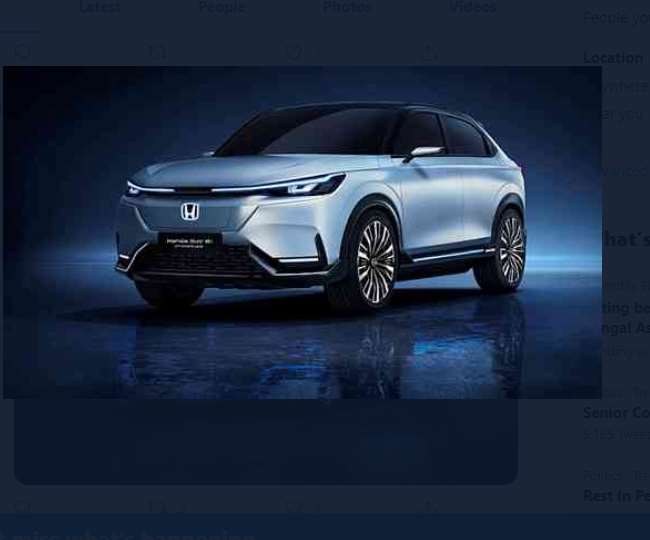 New Delhi, Auto Desk. The focus of the world’s leading carmakers is on electric cars, which are considered the future of mobility. Respectively, Honda has introduced a prototype model of its upcoming electric car Honda E. It will be an electric SUV with a very futuristic design. However, since it is a model, nothing can be said about its final design. Let us know that the company showed a glimpse of this model during the Shanghai Auto Show. Explain the company’s goal of producing 10 electric cars in the next 5 years and the company is also working hard to achieve this goal.

The design of the Honda E SUV is very attractive and customers get a large DRL strip on the front of the car as well as the company logo shines. In addition, a large number of alloy wheels are also offered in the SUV. We will say that since it is a model model, a lot of changes will also be made in it, although most of its structure is expected to remain the same.

If you talk about those features, it could be the third generation of Honda Connect working on a voice recognition interface. These SUVs are tailored to the needs of the customers, in which you will find the best features.

No information has been released about the range of this SUV and its powertrain, although it is believed that once fully charged, the SUV can offer a range of 400 to 600 km. At this point, customers will have to wait for important information related to this SUV. Other features will come as soon as the production model arrives. Digital keys and OTAs can be updated with the help of. So far the company has not disclosed the powertrain and technical details of this SUV. More information about its production model will come out in the coming days.