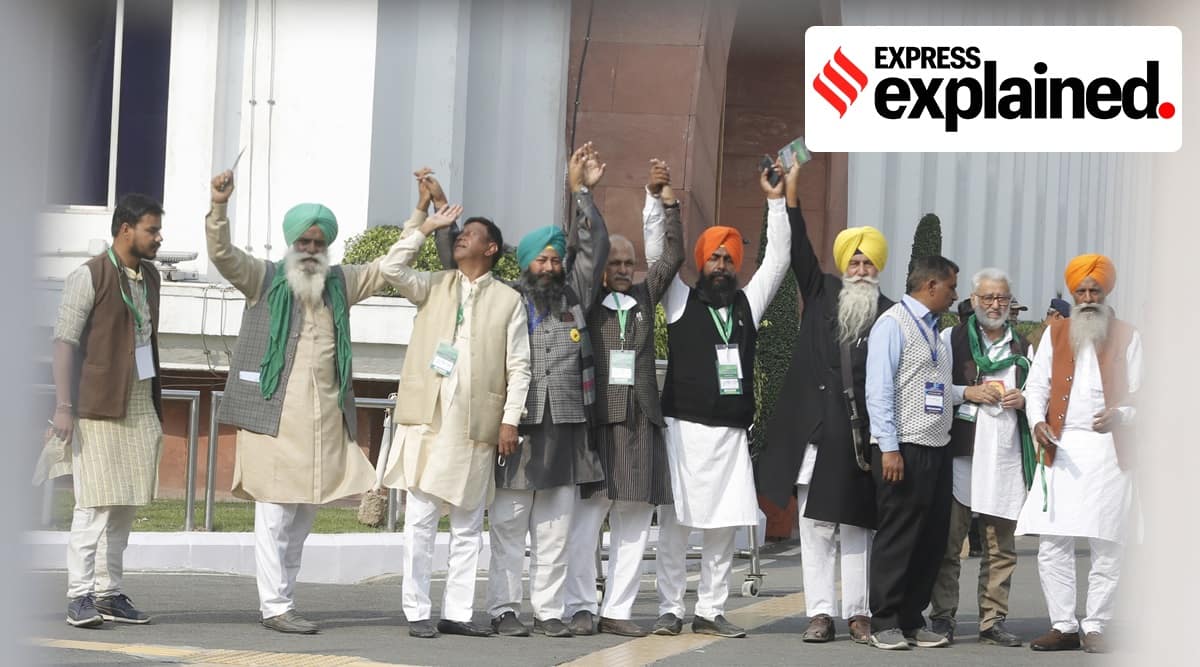 Farmers’ union leaders arrive in Vigyan Bhavan for the fifth round of talks with the government in New Delhi on December 5, 2020. (Express photo: Amit Mehra)

On 13 October, the number one item in the memorandum issued by the protesting farmers was the request to repeal the three laws of the central farm passed into a controversial Rajya Sabha session on September 20th.

Today, December 9, after six rounds of talks involving more than 20 hours of deliberations, protests on the streets of Punjab, Haryana and the capital, farmers’ leaders returned to emphasizing the same element.

This lack of movement has worsened the division and is the main challenge as both sides work on the next steps.

Government officials claimed that they “gave in” and gave “assurances” based on exactly what the farmers had asked for during the talks in Vigyan Bhavan.

“They demanded assurances regarding MSP and fiscal parity and the judicial process. If repeal was the only request, then what was to be discussed in six rounds? Said a senior government official. “I gave the assurances that the farmers demanded.”

In fact, they point out that the request for repeal was consistent with the wiring MSP in law and government is equivocal.📣 Follow Express Explained on Telegram

In the first round of talks with the Center, which took place between 29 representatives of the agricultural unions in Punjab and the Secretary of the Union for Agriculture Sanjay Agarwal, on October 14, at Krishi Bhawan, farmers’ leaders submitted a series of requests.

These included the repeal of the Agricultural Laws and the 2020 Electricity Amendment Act; legal assurance of public procurement at the minimum support price; withdrawal of the draft law on electricity modification (2020); withdrawal of cases against activists and protesters; and the implementation of the Swaminathan Commission report to address MSP with C2 + 50 percent.

Jamhuri Kisan Sabha’s general secretary, Kulwant Singh Sandhu, said: “In the first round of talks, we gave a letter to the secretary, in which we expressed our eight requests. These demands included the repeal of three agricultural laws. “He said this was never taken off the table.

Even a memorandum signed by about a dozen representatives of the agricultural unions and submitted to Agarwal on 14 October mentions this among their requests.

After the fifth round of talks with the Center on 5 December, farmers reiterated their request for repeal. Even when Union Minister for Agriculture Narendra Singh Tomar announced that the government is willing to reconsider some of the provisions of agricultural laws Samy (a level playing field) between APMC mandates and private markets, farmers’ leaders have strengthened their position.

“We have mobilized people on the issue of repeal. We have decided not to return until the repeal of three laws and the withdrawal of two bills, “Sandhu told The Indian Express.

Earlier, as protests spread to the Malwa region of Punjab on July 27, 11 unions traveled with tractors from their respective villages and filed a memorandum to their lawmakers against the then ordinances.

The protests had a strong impetus when, on August 19, all 31 Punjab farmers’ unions, including the khet mazdoor (agricultural workers) unions, decided to work in coordination.

Their memoranda to the Prime Minister’s government and the Punjab also focused largely on the issue of repealing the ordinances and the MSP guarantee.

The protests intensified after the adoption of the three laws. On September 23, all 31 farmers’ unions announced the “rail roko” unrest on October 1, along with dharnas outside the malls, the company’s petrol stations and even outside the residences of BJP leaders.

This was again accompanied by a growing demand for the repeal of the three laws. There was also a consensus that if the government guaranteed the continuation of the MSP – by law – and the APMCs, in addition to changes to the regulation of private actors, farmers would be reassured.

However, once the farmers arrived in Delhi. the maximum demand for repeal has strengthened. “The government heard what they wanted to hear,” said a farmer leader. “I have always wanted these laws repealed.”

A section of government officials attributed the strengthening of the position of farmers to the presence of left-wing leaders in the negotiating team. “They have a strong ideological opposition to the government,” an official said. “They will never give in, there are more than 35 representatives, and the leaders of the left dominate the speech.”

The government hopes to be able to eliminate some of these groups out of 35, but given the united front they have shown in rejecting government assurances and calling for repeal, this can be a challenge.

Clearly, the error lines are drawn.