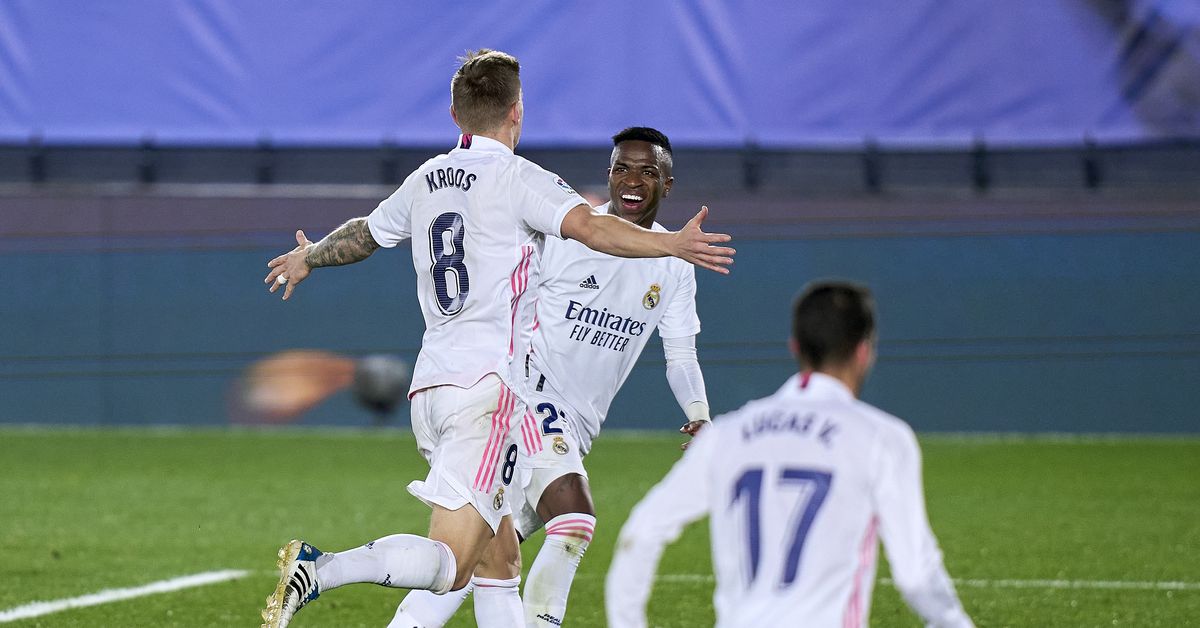 If it was ever easy to identify a turning point, a unique moment in which the game pivots in a different direction, then today Raul Garcia committed a brutal challenge on Toni Kroos in the 13th minute, receiving the second yellow card from a second foul on Kroos just minutes before.

Before Garcia’s red card (remarkable his first in over eight years), Athletic had pressed hard. Zidane’s men, for all their ingenuity (Mendy and Carvajal, who were sneaking into the strait, Vazquez, Vinicius, Fede were falling deep), could not get rid of her. Once Garcia was eliminated, Athletic called back, covered in a low block with 4-4-1, with Iñaki the only man in front of the ball.

As difficult as it was for Real Madrid to evoke high-quality chances in a high-volume clip against small blocks, it was better in this game to take a hammer and nail against this athletic side than to face the pressure that it would probably have decreased as the game continued). And Athletic cracked. Real Madrid had almost 75% of the possession in the first half, and Athletic left more and more white shirts open in the box, as the half progressed.

Toni Kroos opened the scoring just before the break:

In the second half, Athletic tried to crawl out of their half and had some good spells. They found an equalizer through Ander Capa, who was one step faster than Sergio Ramos:

But Real Madrid still seemed comfortable in the face of that half. Their offensive move was good. Mendy, Vazquez and Carvajal all made defensive efforts (even if the first two had bad moments on the ball), and Raphael Varane had Iñaki Williams in his pocket.

Dani Carvajal, from a fixed piece, found Karim Benzema the winner in the 74th minute:

There is much to decompose beyond this reaction, including tactical wrinkles, substitutions, controversial referee decisions, and more. Stay tuned.