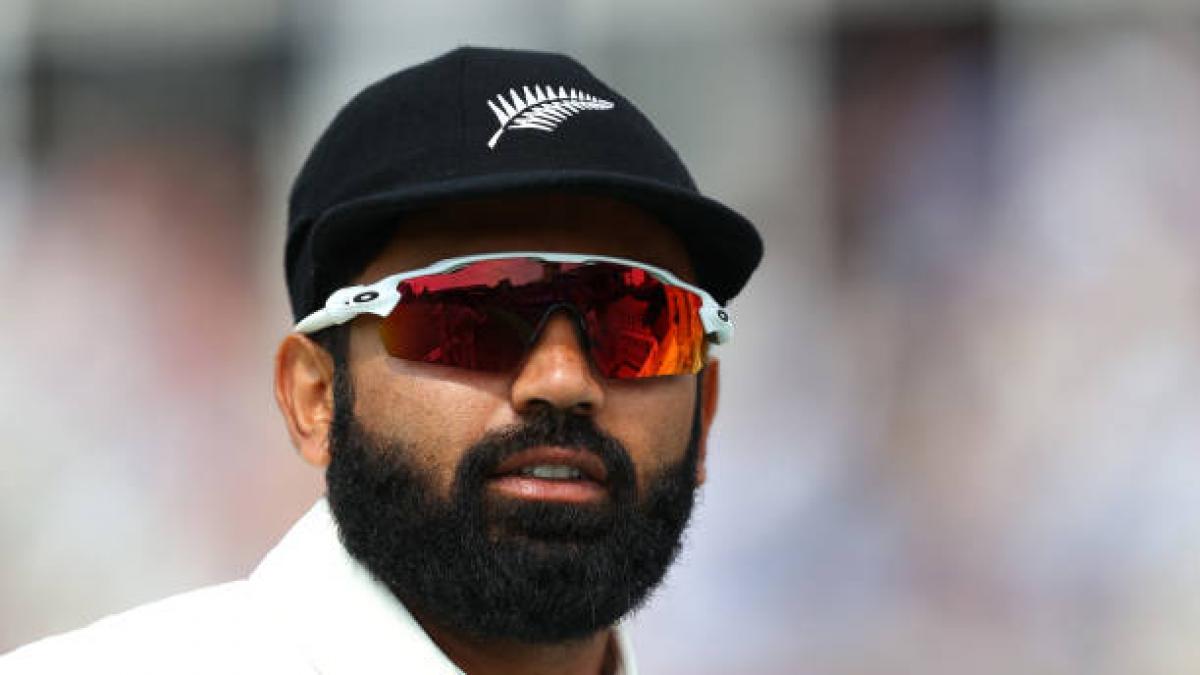 The second Test at the Wankhede Stadium in Mumbai will be very special for Kiwi spinner Ejaz Patel. Ejaz Patel was born in Mumbai. His family moved to New Zealand in 1996 away from Mumbai. Ejaz Patel will now be seen in New Zealand’s Test jersey in ‘Apne City’ Mumbai.

Ejaz has had some memorable performances in New Zealand in his short career, one of which was his nearly nine-over partnership with Rachin Ravindra in the first Test at Kanpur, which saved the Kiwis.

Former New Zealand fast bowler Mitchell McClengan has also tweeted about Ejaz Patel, in which he has given some interesting information. “I am looking forward to playing Test cricket at the Wankhede Stadium in Mumbai,” McLennan wrote. A few years back, Ejaz was bowling in the nets for the Mumbai Indians at the same ground to improve his bowling during his holidays. And now he is going to play a Test from New Zealand.

I’m really curious JazAjazP Opportunity to play Tests at Wankhede Stadium. A few years ago he was net bowling with us mipaltan Try to keep getting better while on vacation. Look at him, go now, enjoy the moment!

Ejaz Patel, 33, made his Test debut against Pakistan in Abu Dhabi. In the same match, Patel took 5 wickets in the second innings and played a key role in giving New Zealand a 4-run victory. Patel also took five wickets against Sri Lanka in Galle. Before the start of the Mumbai Test, Ajaz had said that he and his team were confident that the New Zealand team could beat India at any cost.

Kiwi spinners can also create problems for the Indian team in Mumbai’s wicket. The Kiwis, who came up with three spinners in the first Test, could replace Will Somerville with Neil Wagner. It is likely to rain in Mumbai till the first day of the match and there is still confusion about the wicket. In such a scenario, 3 fast bowlers including Ejaz Patel and Rachin Ravindra will no doubt be a challenge for India.