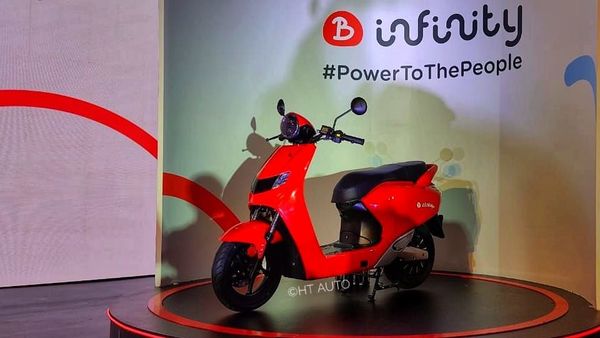 EV Bounce startup announced on Thursday the launch of its new Infinity electric scooter on the Indian market at ⁇68,999 including battery and charger. The scooter costs money ⁇36,000 without battery. The company has also made reservations for its new battery-powered scooter at a symbolic starting amount of ⁇499.

The new Infinity electric scooter is the first on the market that comes with an optional battery. Bounce has introduced the Infinity electric scooter with the “Battery as a service” option, which allows customers to opt for the vehicle without a battery. This also allowed the electric vehicle manufacturer to set a very competitive price for the scooter compared to already established rivals, such as Bajaj Chetak Electric, TVS iQube and Ather 450X.

Bounce Infinity is powered by a two kilowatt-hour lithium-ion battery, which offers a range of 85 km on a single charge. The electric scooter can reach a top speed of 65 km / h. Provides a Drag mode that allows users to pull the scooter if it is punctured. The scooter can be paired with a smart app for convenient function operation.

Bounce also recently announced a 100% stake in 22Motors in a deal valued at nearly $ 7 million earlier this year. Under the agreement, Bounce also announced that it had acquired the 22Motors production unit, located in Bhiwadi, Rajasthan. The production site is capable of producing almost 180,000 scooters a year. Bounce will also set up another plant somewhere in southern India.