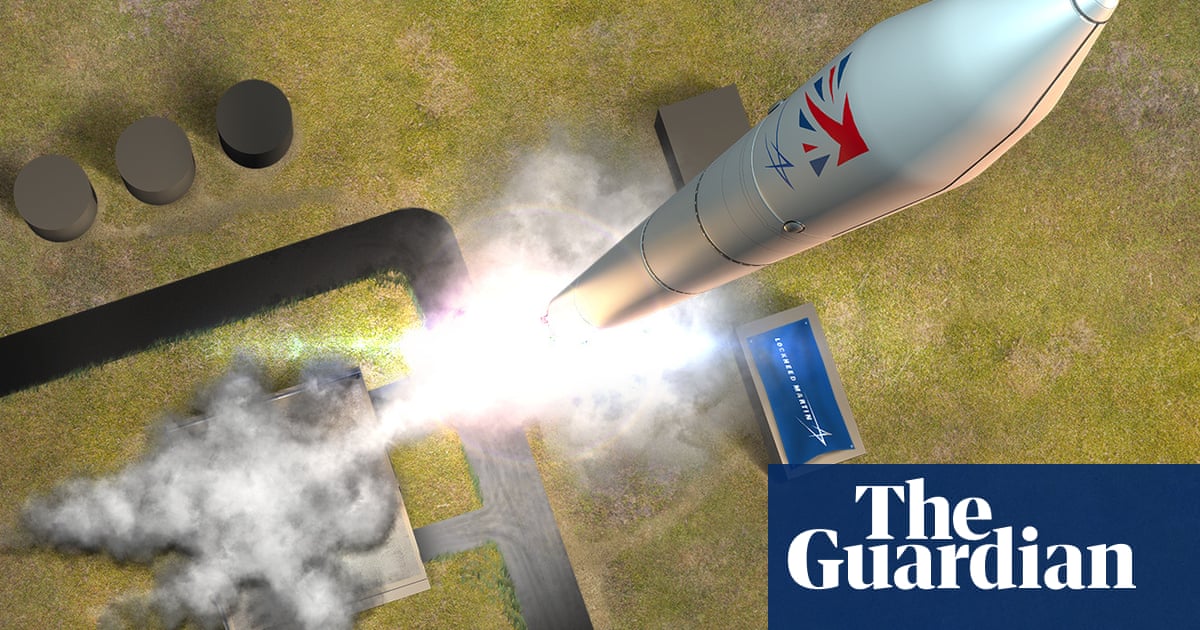 IIn 1969, a British engineer was invited to the White House to meet with President Nixon. His name was Francis Thomas Bacon and he had developed the fuel cells used on Apollo 11. Now known as Bacon fuel cells, these energy sources consume hydrogen and oxygen to produce water, heat and, in theory, a continuous supply of electricity. .

His invention was considered so integral to the success of the Apollo mission that Nixon told him, “Without you, Tom, we wouldn’t be on the moon.”

Bacon is one of the many heroes in the history of Great Britain in space. Great Britain was the third largest space nation in the world, after the USSR and the USA. And in the years after Apollo, several space companies in the UK were created, including Inmarsat and Surrey Satellite Technology, which build on the work of these early British space engineers.

However, in the last 50 years, few would describe Britain as a truly global space superpower. Although the UK has a lot of experience in developing and producing satellites, it has less experience in launching them. The United Kingdom has not independently launched its own satellite since 1971. Only 5% of the 2,600 satellites in orbit are registered in the United Kingdom today.

However, over the last decade, space has proven to be one of the fastest growing sectors in the UK. It has tripled since 2010. Today, the British space industry has almost 42,000 employees and generates £ 15 billion in revenue each year. Over £ 300 billion of UK GDP is backed by satellite services, including telecommunications, metrology, earth observation and navigation.

Membership of the United Kingdom in the European Space Agency (ESA) will not be affected by Brexit. ESA is not an EU institution. But Britain’s departure from the EU will have a different impact on Britain’s involvement in European space programs. These include the Galileo satellite navigation program, Copernicus Earth Observation and the EU space surveillance and tracking program.

The government wants the UK to be the most attractive place in Europe for those who want to launch into orbit and beyond. The global market for launching small satellites is worth about £ 400 billion. The UK wants 10% of this market by 2030.

To achieve this, the UK will need the ability to launch its own satellites into space. That’s why the UK is investing in a number of space ports (I think airports, but for missiles) across the country. Most recently, the government gave the green light to Lockheed Martin to transfer its small satellite launch operations to the Shetland Space Center on the Scottish island of Unst.

Shetlands have a number of qualities that make them ideal for getting into space. Their northern latitude provides easy access to polar orbits, good for small satellites on Earth. And their removal allows launches to be directed overseas, away from heavily populated areas.

Shetland is not the only area in the UK that has increased investment in space. Spatial spaces are also developing in Cornwall and Sutherland.

The government also announced this year the development of new “space hubs” in England, Scotland, Wales and Northern Ireland. Each will use government funding to bring together the expertise of local and business authorities to create a strategy for how the area can benefit from the commercial space race. And with the ability to launch its own satellites into space at a lower cost, the UK also hopes to build on its legacy of innovation in space.

In 1941, the writer Isaac Asimov imagined giant solar panels positioned in space, capable of capturing the sun’s rays and transmitting them to the earth and the network. That was fiction. But last month, the government commissioned new research to understand what it would take for space-based solar energy to become a reality. For the first time, technology (including light solar panels and wireless power transmission) and the economy (lower-cost space launches) make this a possibility.