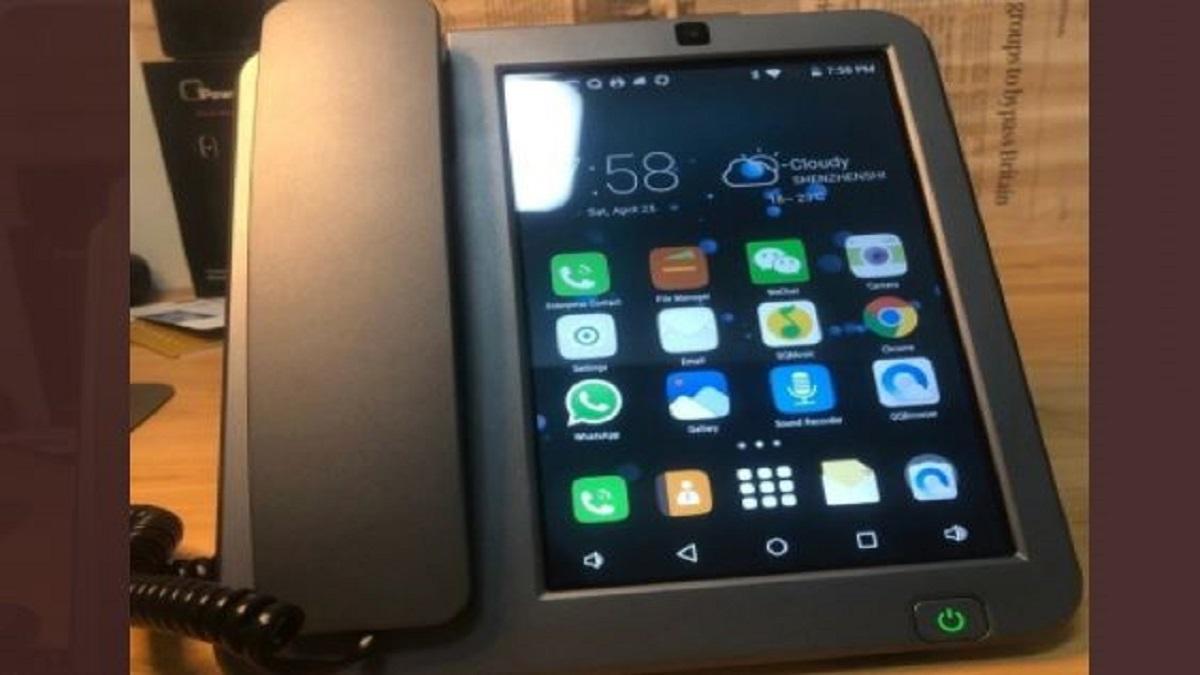 A photo of such a landline phone is going viral on social media, which has taken everyone by surprise. In fact, it has a mobile-like screen and a landline-like body. This photo was shared by Twitter user Nikki Tonsky from Germany.

The landline phone seen in this photo is a combination of tablet and telephone receiver. All the apps are visible in this tablet, which can be found in Android or iPhone. Not only that, it also has a camera, Google Chrome and WhatsApp. Looking at this photo, people couldn’t believe that it was really a phone or that the photo had been edited.

Research revealed that it was not photo editing. Instead it’s really a gadget. In fact, this phone is called KT5 (3C), which is a ‘wireless tablet’ or landline with battery and SIM card slot. ‘

We have come to the full circle pic.twitter.com/SuBb2K3W54

Nicki Tonsky shared it on her Twitter account on November 29. More than 11 lakh people have liked this photo so far. At the same time, more than 1 lakh 36 thousand people have retweeted it. In addition, many have given interesting answers to this through photos. We are sharing some similar tweets with you.

The phone is a KT5 (3C), and it’s actually a wireless tablet with a battery and a SIM card slot. Crazy than I imagined! pic.twitter.com/3tJzdGiWiQ

Owning a Nokia 8110+ doesn’t seem to match the Tots Cool I thought. I really believed I was a bee’s knee! pic.twitter.com/msF2QhYIAI

My 88 year old dad is sure he’s coming back !!! pic.twitter.com/Es3RJRMZpo

Really? I’m trying to take a photo of the family holding the phone pic.twitter.com/hvEhjVjirA

At the same time, some Twitter users have seen this photo and given funny reactions. One user wrote, “My grandfather feels like the landline phone is back.” Another user wrote, “After seeing this I remembered my Nokia 8110+.” The user wrote, “I didn’t even know there were such phones. Too many.”