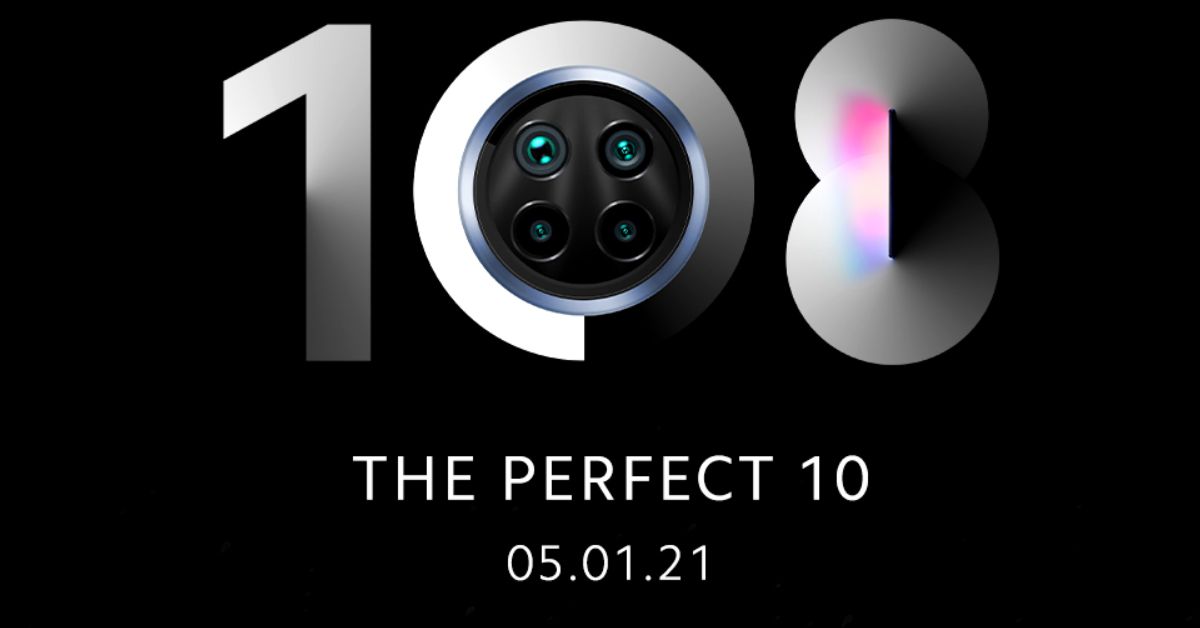 Xiaomi has officially confirmed the launch of the latest Mi 10i smartphone in India. The head of the company, Manu Kumar Jain, in the invitation video revealed that the device will present a new camera, which suggests a 108 megapixel primary sensor, which was revealed for the first time in its first teaser. Prior to this official announcement, the device also appeared via the Google Console list, indicating launch. Its specifications have also been recommended several times, and the rumored features are very similar to Redmi Note 9 Pro 5G. Yes, the smartphone is likely to be a rebranded version of this smartphone launched in China.

Manu Kumar Jain, the head of Xiaomi India, took it Twitter to officially announce the arrival of Mi 10i. However, in his video invitation, he did not mention the key details of the future smartphone, but confirmed that the device will arrive on the shelves in India on January 5th. The video teaser said: “In just a few days from now, we are launching our new flagship smartphone under the Mi brand called Mi 10i,” Jain said in the nearly one-and-a-half-minute long video. “It is an extension of our flagship phones launched this year: Mi 10, Mi 10T and Mi 10T Pro (and other devices). It is also an extension of Mi 10 Lite released globally. “

A perfect start to the new decade is # ThePerfect10.

i = Made for India, Made in India, customized by the Indian product team.

According to the company, Xiaomi Mi 10i is customized by the Indian product team and is a Made in India smartphone.

The company has also created a dedicated event page for the Xiaomi phone, suggesting setting up a 108-megapixel quad rear camera. The camera setup is similar to the Redmi Note 9 Pro 5G. If you don’t know, Xiaomi recently introduced this device under the Chinese version of Redmi Note 9, launched in India a few months ago.

The specifications presented by Mukul Sharma also suggested that Xiaomi Mi 10i will come with a Snapdragon 750G SoC paired with 6 GB of RAM and more RAM options available at launch.

If it is believed that the information with the tips, then all the key details are similar to the Redmi Note 9 5G, then it is expected to come with a full-HD display of 6.67 inches, with a refresh rate of 120Hz and a 250Hz sampling rate The device will be powered by the Snapdragon 750G SoC paired with the Adreno 619 graphics processor. As the listing suggests, the device will be available in 6GB of RAM with 128GB of storage that can be expanded via the microSD card up to 512 GB.

The rear camera is speculated to have a quad rear camera configuration that includes a 108-megapixel primary sensor with f / 1.75 aperture, an 8-megapixel ultra-wide-angle sensor, a 2-megapixel macro lens and a sensor 2 megapixel depth with a Super Night Scene 2.0 mode. On the front, there will be a 16 megapixel selfie sensor.

There could be a 4,820 mAh battery with 33 W fast charging support and it is rated IP53 for water and dust resistance.