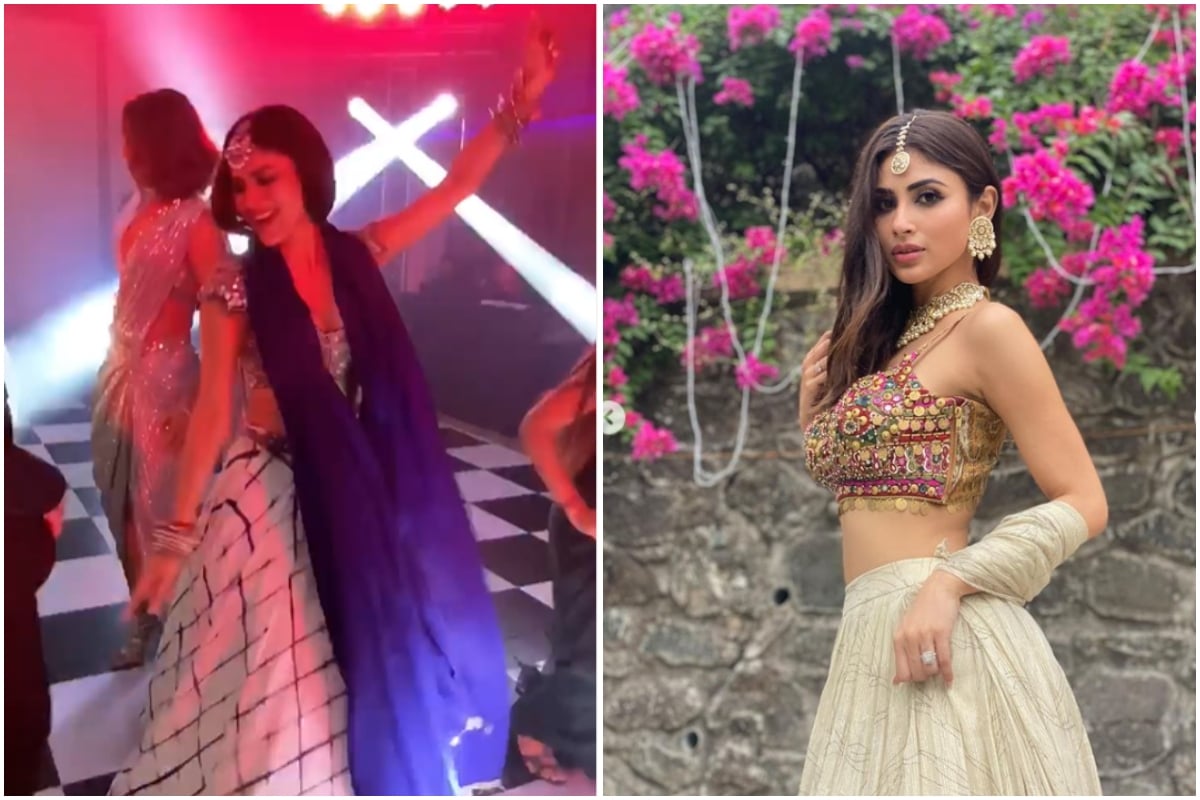 Mouni Roy was among several TV stars who attended the wedding of choreographer Punit J Pathak with Nidhi Moony Singh. The couple got married last week in a traditional wedding ceremony, but the videos with their guests having fun at the event still appear on social media.

One of the latest videos to go viral on social media is that of Mouni dancing a song by Salman Khan on the dance floor with other guests, such as choreographer Shakti Mohan and her sister Mukti Mohan. The dance-packed number is from the movie Dulhan Hum Le Jayenge, starring Salman and Karisma Kapoor, and the guests seem to really enjoy the transition.

In addition to Mouni Roy, Shakti Mohan and Mukti Mohan, Bharti Singh-Haarsh Limbachiyaa and Dharmesh Yelande, among many others from the Bollywood dance fraternity, attended the star-studded reception.

Punit tied the knot with his girlfriend Nidhi on December 11th. The couple was caught in a private but lavish ceremony in Lonavala. The images from the big day of the duo made rounds on social platforms. Some pictures and videos were shared by Punit and Nidhi on their respective Instagram handles.