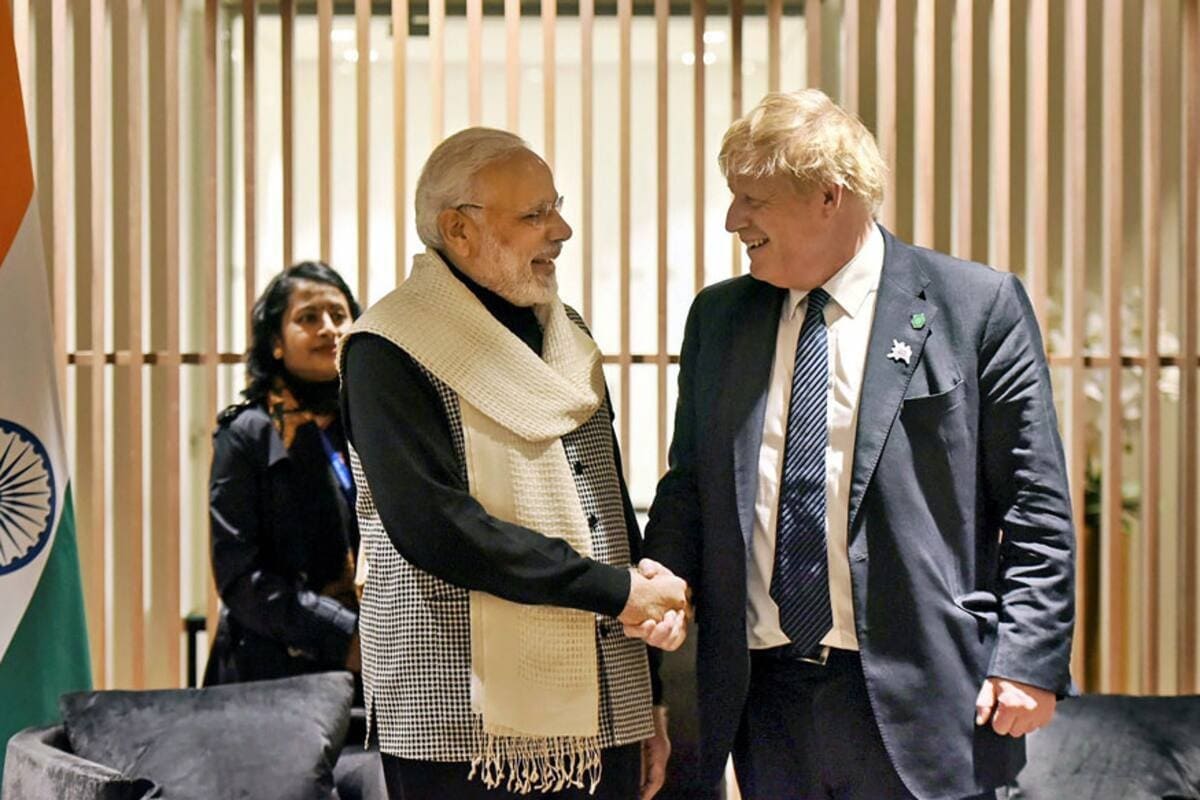 New Delhi. The Prime Minister of the United Kingdom Boris Johnson will be the chief guest at the Indian Republic Day celebrations in 2021. British Foreign Secretary Dominic Raab said he had accepted India’s invitation in this regard. “Our Prime Minister Boris Johnson has accepted the invitation to be the Chief Guest at the Republic Day Celebrations in India. Will begin “.

On Tuesday, Foreign Minister S Jaishankar called on visiting British Foreign Secretary Dominic Raab. In the meantime, they discussed ways to enhance cooperation in areas such as trade, defense, education, environment and health. After the meeting of the Foreign Ministers of the two countries, delegation level discussions were also held. After Brexit, Britain is in the midst of complex negotiations for a trade deal with the European Union, at a time when India is on a tour of Robb. Rab arrived in India between December 14 and December 17.

Terrorism and fundamentalism were also discussed with Britain: S. Jaishankar

After the meeting, External Affairs Minister S Jaishankar told reporters that the talks with British Foreign Secretary Dominic Raab had focused on strengthening India-UK relations. He said, “We reviewed the situation in Afghanistan and the work related to the Gulf countries and the Indo-Pacific region. “The challenges posed by terrorism and extremism were discussed, which is a matter of common concern,” Jaishankar said. He said the Indo-UK alliance is important to accelerate economic recovery after Kovid-1. At the same time, British Foreign Secretary Dominic Raab said: “We want to strengthen economic ties with India. He said that in a situation where the world is changing, issues like shipping security, supply chain, climate change are top priorities for both the countries. “Our relationship is based on common interests and common values ​​in different areas and we want to enhance cooperation in many ways,” Rabb said. Importantly, in terms of Brexit, Britain is trying to strengthen trade ties with leading economies like India. It is feared that leaving the EU without a trade agreement could hurt Britain’s economy.

A 10-year blueprint will be ready to strengthen bilateral ties

The ministry said on Monday that the post-Kobid-1 post would pave the way for strengthening trade, defense, climate, transport, education, health and post-Brexit relations between the two countries. During the visit, Rab will hold meetings with Forest and Environment Minister Prakash Javadekar and Education Minister Ramesh Pokhriyal Nishank. He will also visit Bangalore, where he will meet Karnataka Chief Minister BS Yeddyurappa on December 1.