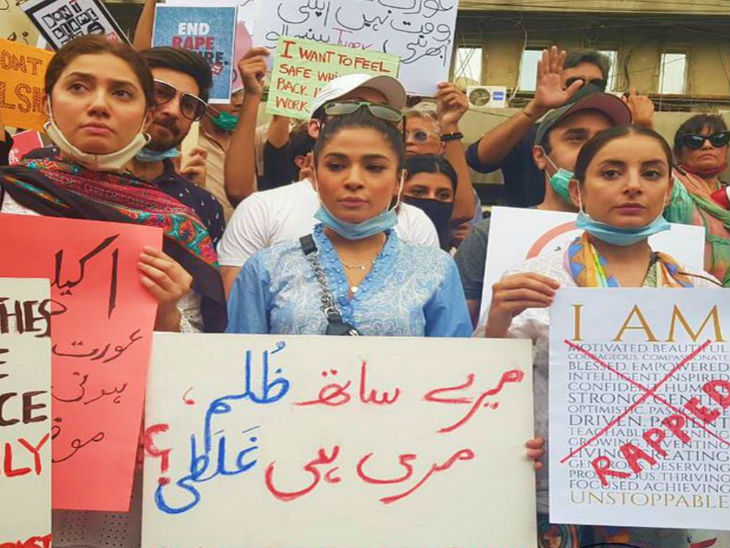 Protests erupted in Pakistan after a gang rape near Lahore in September. After that, there was pressure on the government to make strict laws. – File photo

The President of Pakistan, Dr. Arif Alvi on Tuesday approved the Prevention of Rape Ordinance-2020. Under this, a mechanism will be set up for hearing and investigation of such cases across the country. The court will have to speed up the rape case. There is also a provision to make the rapist impotent as a punishment.

A statement issued by the President’s House said that special courts would be set up across the country as per the ordinance to expedite the hearing of rape cases. These courts will have to complete the hearing within four months.

Outraged in the country after gang rape in front of children

The ordinance is brought in a few months after the motor-way gang rape. In September, some people allegedly gang-raped a foreign woman who was traveling with her children. His car crashed off the highway and the incident sparked outrage across Pakistan. This put pressure on the government to enact stricter laws in cases of rape.

Prime Minister Imran Khan announced an anti-rape ordinance in November after a woman and her minor daughter were raped in Sindh’s Kashmore district.

Special things about the ordinance