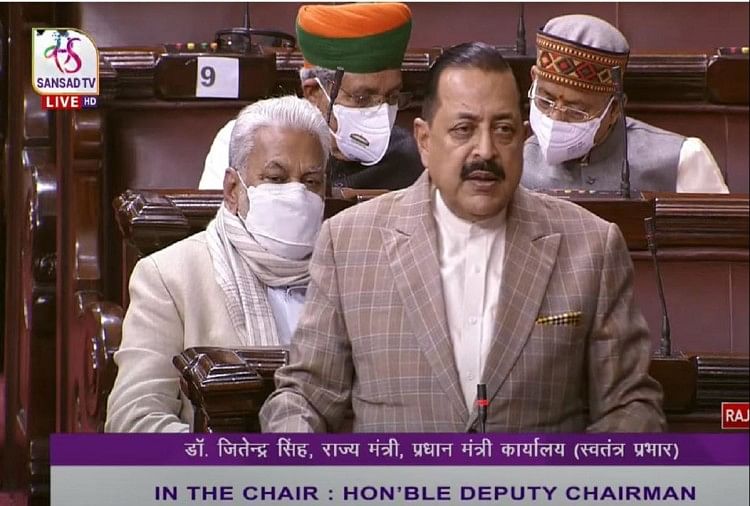 The sanctioned capacity of central posts has increased in our government: Jitendra Singh

Congress, NCP, RJD, TRS, TMC and IUML MPs walked out of the Rajya Sabha on the issue of inflation.

MP’s announcement on death of farmers and rising inflation

Opposition MPs in the Rajya Sabha chanted slogans on the issue of death of farmers and rising inflation.

Due to the mutiny of the opposition, the proceedings of the Rajya Sabha were adjourned till 12 noon.

Opposition should participate in the discussions and debates of Parliament: Naqvi

Reacting to the opposition’s protest in Parliament, Union Minister Mukhtar Abbas Naqvi said it would make sense if they were holding dams under the Gandhi statue. You should participate in the discussions, debates and decisions of Parliament. This is the limit of democracy.

It is our right to discuss: Digvijay Singh

Congress leader Digvijay Singh said that Amit Shah says that everything should be looked at chronologically. What is the sequence of events, if the Kisan Bill came, why it was not discussed. The BJP did not want to discuss why there was a riot. Wasn’t that our right?

Prime Minister Narendra Modi is holding a meeting of key ministers in Parliament to discuss the strategy for the current session.

Congress MP KC Venugopal directed the House to suspend its work under Rule 267 for a discussion in the House on ‘rising commodity prices and the financial burden on the common man due to high inflation’.

Congress MP Manish Tiwari has moved a motion for adjournment in the Lok Sabha on the issue of rising inflation.

Parliament Live: Jitendra Singh said in Rajya Sabha – The sanctioned capacity of central posts has increased in our government

On the fourth day of the winter session, the issue of suspension of 12 Opposition MPs is likely to cause a commotion in the Rajya Sabha. The ruling party and the opposition are adamant about their respective roles. The ruling party is demanding an apology from the suspended MPs for their rude behavior while protesting outside Parliament. On the other hand, Prime Minister Narendra Modi on Wednesday convened a meeting of key ministers in Parliament on the third day of the winter session to resolve the impasse in Parliament.