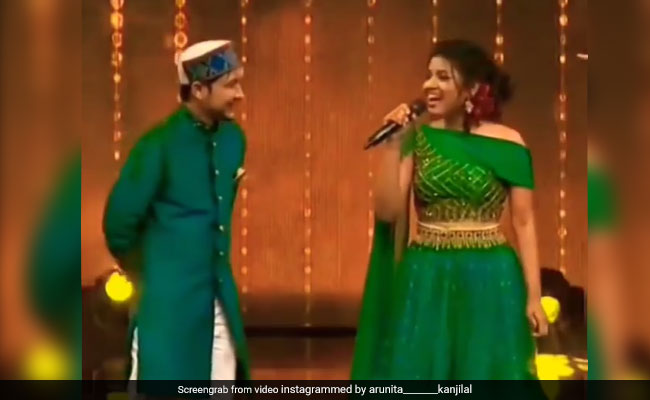 Pawandeep Rajan and Arunita Kanjilal have mesmerized everyone with their style and singing, and fans love their chemistry. At the same time, a video has surfaced recently in which Pawandeep and Arunita are seen answering questions. Meanwhile, the two were asked the question, if this happens, which song would you dedicate? After that, the atmosphere changed with the songs of both of them.

A video is going viral on social media. In this video, Sugandha Mishra asks Arunita what song would you sing if Pavandeep hit you with a stick? At the same time, Arunita dedicated the song ‘Hampe Yeh Kisne Hara Rang Dala’. On the other hand, when Aditya tells Pawandeep that if you get Arunita’s wedding magazine, what would be your reaction? At the same time, Pawandeep sang Ranbir Kapoor’s popular song ‘Achcha Chalta Hoon’. Fans love this style of both and this video is being liked a lot on social media.

Pawandeep Rajan and Arunita Kanjilal, who won hearts with their voices, have also won the book of Indian Idol. Pawandeep was the winner, while Arunita Kanjilal was in second place. We also got to see some of the funniest moments of the show.

What is the secret of the forest? Learn from Raveena Tandon, Ashutosh Rana and Vinay Vaikul