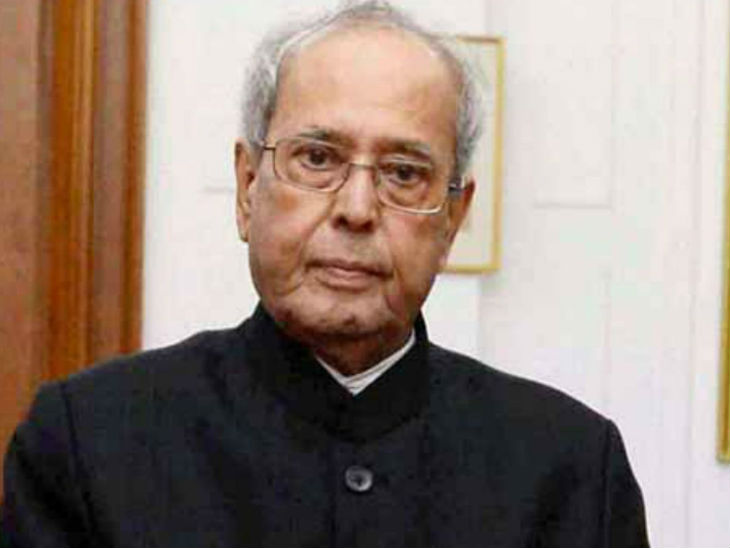 Former President Pranab Mukherjee has written about his tenure in his book ‘The Presidential Years’. He also questioned the working style of Sonia and Manmohan. -File photo

The release of former President Pranab Mukherjee’s forthcoming presidential book, The Presidential Years, has raised differences between his son and daughter. Son Abhijeet Mukherjee says his father’s book should not be published without his permission. At the same time, daughter Sharmishtha has said that her brother should not interfere in the publication of this book. The book is set to hit the market next month.

The controversy started when Abhijeet lodged a complaint on social media. He has requested the publication house to stop printing the book. On this, Sharmishtha Mukherjee asked Abhijeet not to put unnecessary obstacles in publishing the last book written by his father.

He also said that Pranab Mukherjee had his own opinion. No one should try to stop them from being published for cheap publicity. This will cause great distress to your late father. The two had an argument on social media.

Pranab Mukherjee’s book ‘The Presidential Years’ is coming from Rupa Publications. The publication house published excerpts last week. There was news in the media about this too. Pranab Mukherjee, who was President from 2012 to 2017, passed away in August this year.

Pranab Mukherjee’s views on the worst defeat of the Congress in the 201 Lok Sabha elections are published in some parts of this book. He questioned the manner in which Sonia Gandhi and former Prime Minister Manmohan Singh were running the party and the government. 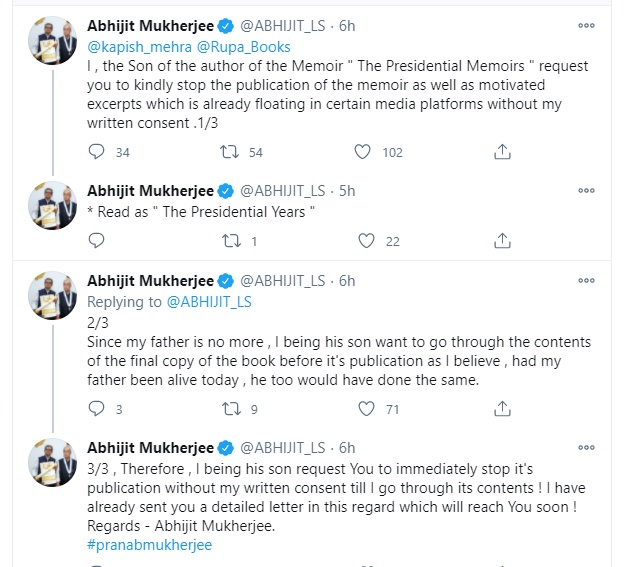 Former Congress MP Abhijeet Mukherjee sponsored the announcement on social media. He asked the publishing house to stop publishing the book. “As the son of the author of The Presidential Memoirs, I urge you to stop publishing memoirs,” said Abhijeet. Parts of it are running on media platforms without my permission.

Abhijeet said he wanted to read the book before it was published. If he had a father, he would have done the same. My father is no more, so as his son I want to see the final copy of the book. As long as I do not view the material, I request that this book not be published without my written consent. I have sent you a letter in this regard. He will reach you soon.

Sharmishtha told his brother the exact name of the book 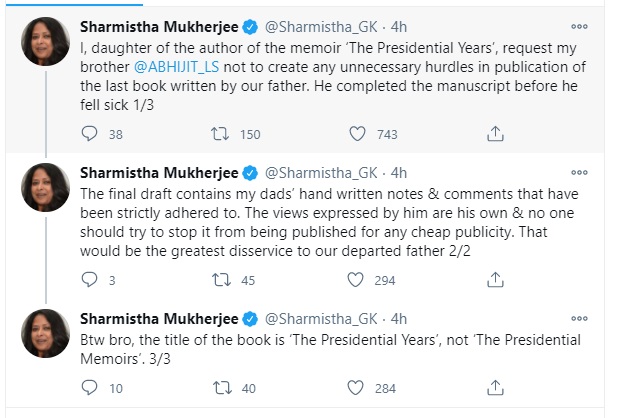 Pranab Mukherjee’s daughter Sharmishtha replied that she did not agree with her brother. Abhijit’s name is ‘Presidential Years’ and not Presidential Memoirs. Sharmishtha is also a Congress spokesperson.

This book will be the fourth installment of Pranab Mukherjee’s memoirs. In it, he commented on the Congress, which lost power in 2014 after 10 years in government. Pranab Mukherjee has shared a bond between the two opposition Prime Ministers Manmohan Singh and Narendra Modi during his presidency.

According to excerpts from a book published by Publication House, Dr. Singh was concerned about the alliance. This is what he did in his second term. According to Pranab Mukherjee, the Congress leadership lost political focus after becoming President. When Sonia Gandhi could not handle the affairs of the party, Manmohan Singh’s long absence in the House ended his personal relationship with the party’s MPs.