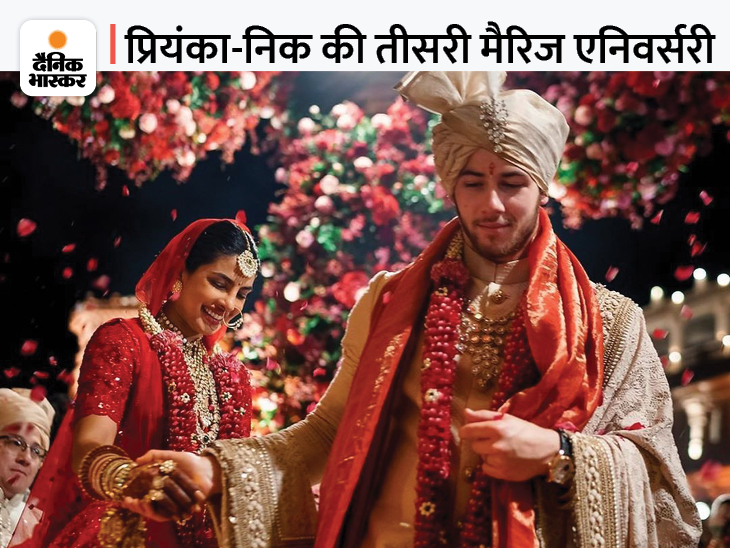 Actress Priyanka Chopra has been shooting for her upcoming web series ‘Citadel’ for several days now. The shooting of the series forced Priyanka Chopra to spend more time in London away from her husband Nick Jonas. In such an situation, Priyanka talks about long distance relationships and marriage in an interview and says that it is difficult for her to be separated from Nick Jonas for so many days.

This year has been difficult for Priyanka

Priyanka said, “This year has been really difficult. It has been very difficult for me to stay away from home all year round, especially when you cannot travel to visit your family. My mother and brother were in India. My husband was in US and I was in UK. I didn’t know anything at the time and it was scary for me to catch a flight so something could happen to someone. But thankfully everyone is fine. “

Priyanka and Nick could not get much because of Kovid

Priyanka added, “There was no difference between us, but we had to be very careful as he was coming. Whenever we met, we both had to be in quarantine. It usually doesn’t help. No. “

Priyanka is talking about Nick and her bonding

Priyanka says, “It was all really hard, but we handled it. Many times he came to me and once or twice I went to him. At that time my mother came to me and stayed with me for about five months. Really cool.”

Speaking about Nick, Priyanka says, “We know each other’s minds and we give priority to each other in everything we do. We have personal careers and we both love each other. We never interfere in professional life and we are very clear about it. Let’s face it – most of us have a laid back attitude when it comes to painting a picture about ourselves.

Priyanka goes on to say, “But I think we have to look at each other’s hearts to see how your spouse is feeling. This is very important and I want to say that my husband is wonderful in doing this. As I said, this year was hard for me to be in London. Nick would leave everything to meet me. He would come a long way to have dinner with me and then go back. “