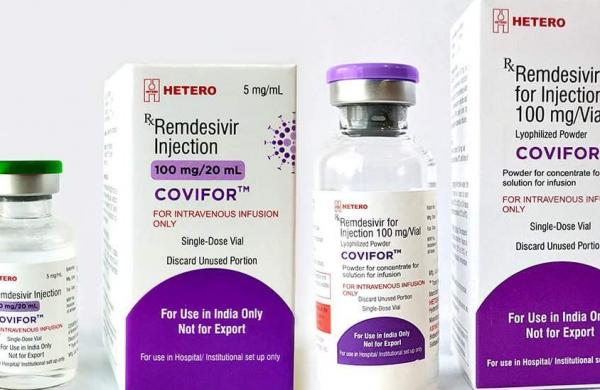 In a new study on antiviral remdesivir, the researchers pointed out that the drug is likely to be extremely effective against SARS-CoV-2, the virus responsible for COVID-19.

The study, published in the journal Nature Communications, describes administering the drug to a patient with COVID-19 and a rare immune disorder and observing a dramatic improvement in his symptoms and the disappearance of the virus.

The response to the COVID-19 pandemic has been hampered by the lack of effective antiviral drugs against SARS-CoV-2, the coronavirus that causes the disease.

Scientists have high hopes for the drug remdesivir, initially developed to treat hepatitis C and later tested against Ebola.

However, the results of large clinical trials were inconclusive, and in early October the World Health Organization (WHO) announced that the drug had not significantly reduced mortality rates.

However, the question is more complicated, and a clinical team has now used a different approach to determine the effects of the drug on COVID-19 in a closely monitored patient.

“There have been several studies that support or question the effectiveness of remdesivir, but some of those performed during the first wave of infection may not be optimal for evaluating its antiviral properties,” said study author James Thaventhiran of the University of Cambridge in the UK.

For the current study, the research team examined the case of a 31-year-old man with XLA, a rare genetic condition that affects the body’s ability to produce antibodies and therefore fight infections.

At first, the patient was treated with hydroxychloroquine and azithromycin, which had a reduced effect, and treatment was stopped on day 34.

The patient then began a 10-day remdesivir course. Within 36 hours, the fever and shortness of breath improved and his nausea and vomiting stopped. Increasing oxygen saturation allowed additional oxygen to be removed.

This dramatic clinical response was accompanied by a progressive decrease in the levels of C-reactive protein (CRP), a substance produced by the liver in response to inflammation.

At the same time, doctors saw an increase in the number of his immune cells known as lymphocytes, and chest scans showed that his lung inflammation was cleared. The patient was discharged on day 43.

One week after discharge, the patient’s fever, shortness of breath, and nausea returned. He tested positive for SARS-CoV-2 again, was found to have lung inflammation, and his CRP levels had risen and his lymphocyte count had dropped. On day 61, the patient began treatment with an additional 10-day remdesivir cycle.

The team found that the patient’s virus levels decreased progressively during his first cycle of remdesivir, corresponding to the improvement of his symptoms.

The team still suspects that remdesivir is probably most beneficial when given early in the infection before the virus can trigger a potentially catastrophic immune response.