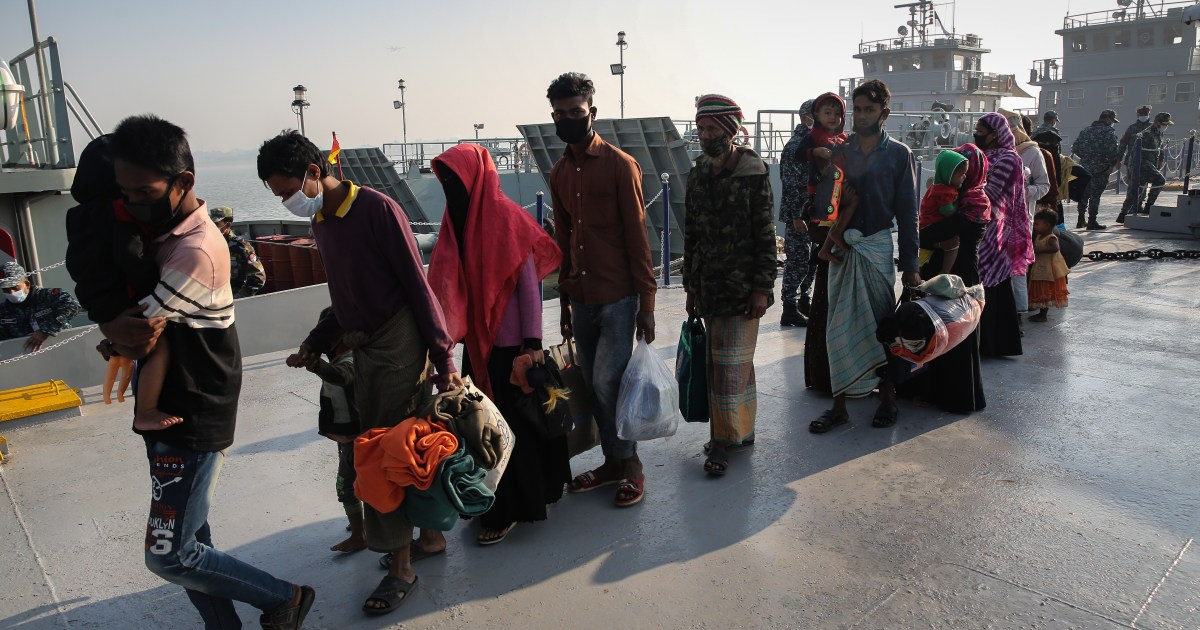 The Bangladeshi government has moved more than 3,000 Rohingya to a remote island in the Bay of Bengal, despite concerns from rights groups that many of the persecuted refugees may have been forced to move to the flood-prone island.

At least 1,800 refugees were dispatched to Bhashan Char Island on Tuesday, weeks after the first batch of 1,600 Rohingya was transferred. The government plans to eventually relocate 100,000 Rohingya to the remote island, as it aims to decongest the Cox’s Bazaar refugee camps, which house about one million Rohingya.

The United Nations and rights groups have condemned the move to the island, which is prone to cyclones and floods.

Refugees and aid workers say some of the Rohingya have been forced to go to the island, which came out of the sea just 20 years ago.

More than 700,000 Rohingya took refuge in camps in Bangladesh in 2017 after a deadly reduction in the Myanmar army that the UN said could be genocide.

Several attempts to repatriate the Rohingya to Myanmar have failed after refugees said they fear further violence to return.