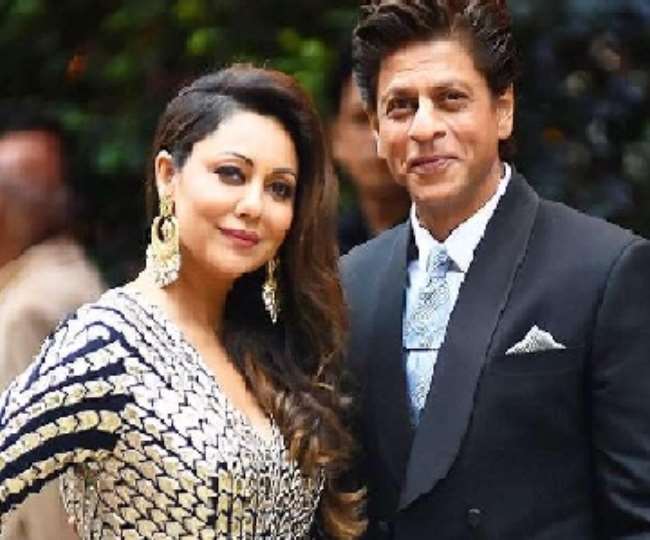 New Delhi Bollywood superstar Shah Rukh Khan is currently in the news for his upcoming film ‘Pathan’. At the same time, even Shah Rukh’s fans are desperate to see him on the big screen after many days. The actor will once again appear in a different style in this film. Recently, a video of him and some of his photographs went viral on social media in which his look of the film has come to the fore. Meanwhile, Shah Rukh is in the spotlight once again, but this time he is in the spotlight with his wife and interior designer Gauri Khan.

Let’s see who is getting the award at home !!! https://t.co/zwrawI4zdm “rel =” nofollow

In fact, Gauri Khan has recently been honored with an award. Gauri shared a picture of this time on her Twitter account. In this tweet, he wrote, “I am very happy to be part of the AD 100 list and get this trophy.” Along with this Gauri has shared a photo of her, in which she is seen holding hands. While everyone is congratulating Gauri on this photo, her husband Shah Rukh has made fun of her. Reacting to Gauri’s photo, he writes, “Come on, someone at home is getting an award.” Shah Rukh’s comment is going viral on social media.

We tell you, Shah Rukh Khan was recently spotted outside the Yashraj Film Studio in a white T-shirt and black shorts. Instead he also appeared in his long and French cut beard. He was wearing glasses with it. This new look of the actor looks very spectacular. This photo of Shah Rukh Khan has been shared by celebrity photographer Viral Bhayani from his Instagram account.