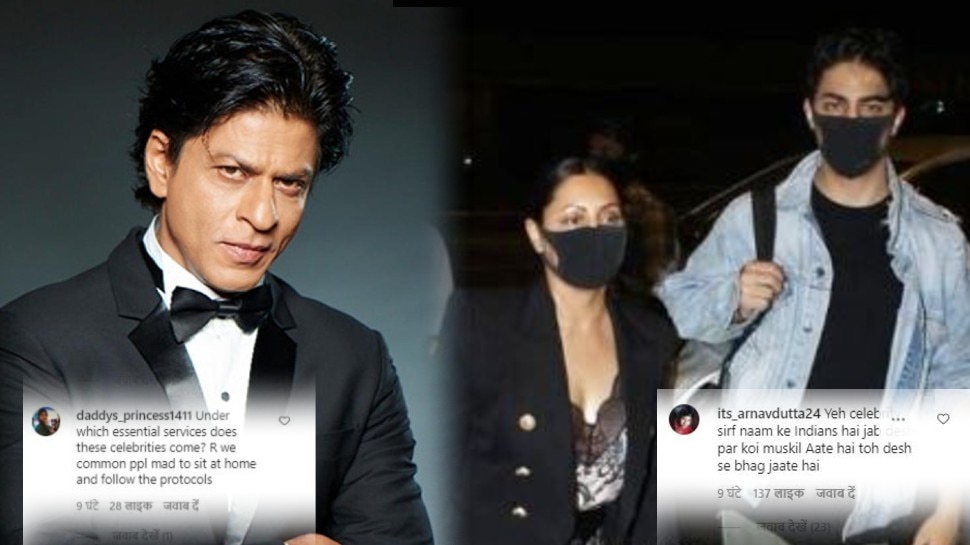 New Delhi: Shah Rukh Khan’s son Aryan Khan and wife Gauri Khan were spotted at the airport late on Wednesday night. This time the two caught a flight to New York. After watching the video of these two, social media users are trolling them. People say that one should not travel during the Corona period.

There are trolls on social media

In fact, Shah Rukh Khan’s daughter Suhana Khan is currently alone in New York. During the Corona period, Aryan Khan and his mother Gauri Khan went to visit him tomorrow. In such a situation, people got angry with both of them. One social media user wrote, “These celebrities are just Indian names, they run away from the country whenever there is a problem in the country.” At the same time, another user wrote, “Yes, if the situation in India gets worse, all flee abroad, get money but get out if the people here need it.”

These Bollywood stars arrived in Maldives

Let me tell you, film shooting has been banned against the backdrop of a growing corona infection. In such a situation, films are not being shot in Bollywood and people have to stay at home due to lockdown. Meanwhile, Bollywood stars do not stay in their homes. Everyone has gone somewhere on vacation. Many Bollywood celebrities are on holiday in Maldives. Alia Bhatt, Ranbir Kapoor, Ranveer Singh, Deepika Padukone, Sara Ali Khan, Jahnavi Kapoor, Disha Patani and Tiger Shroff are in the Maldives.

TV celebs also in the Maldives