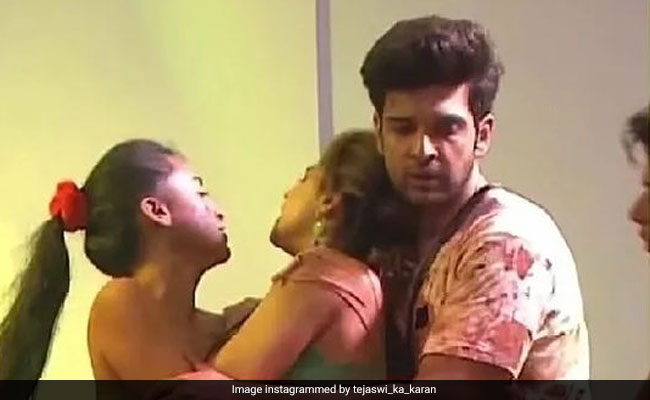 Bigg Boss 15 is currently a battleground between VIPs and non-VIPs. Apart from Rakhi Sawant and her husband Riteish, those entering the house as VIPs include Abhijit Bichukale, Rashmi Desai and Devolini Bhattacharjee. Non-VIPs include Karan Kundra, Shamita Shetty, Tejaswi Prakash, Prateek Sahajpal, Rajiv Adatia, Umar Riaz and Nishant Bhat. Devolina has been targeting Shamita Shetty ever since she came home. In Weekend Ka War, Salman Khan has lashed out at Shamita for targeting her for no reason. But now everything that has happened between Devolina and Shamita Shetty for the task has crossed all limits. The effect was clearly visible on Shamita Shetty and she fainted.

Tomorrow’s promo#Shamitashetti She fell unconscious and was taken to a medical room. She is OK and is back home# BiggBoss15 , # BB15pic.twitter.com/mz06GI39hP

Anyway, Devolina was made the task operator, but she is not making the right decision. As a result, even in the last episode, there was a huge commotion in the house and Rs five lakh was deducted from the prize money. Now there is a lot of confusion about what happens in the house during the task. In this promo of Bigg Boss, Shamita Shetty is seen arguing with Rashmi Desai, Abhijit Bichukale and Devolina. Not only that, Karan Kundra and Prateek Sahajpal are going to have a fight as they have clashed during the task. In the video, both are seen becoming physical. This is how Bigg Boss 15 is being fought.

After the promotion of the film, Salman Khan returned to Mumbai from Chandigarh