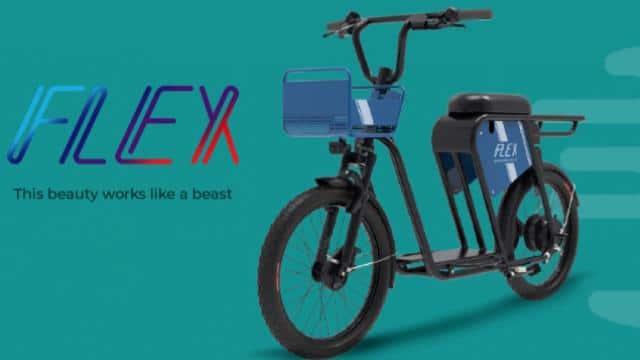 Demand for electric vehicles is growing rapidly in the Indian market, especially in the two-wheeler segment. Smarton, the country’s leading electric vehicle maker, has now launched its new Tibac Flex. The special thing about this electric bike is that it can also be customized according to the needs of the customers.

In fact, this electric bike has been brought to the market with the fleet operators in mind. Companies such as IT, logistics partners, food delivery operators and e-commerce are introducing rider management features along with these bikes. In addition, this bike has a special carrier and space for picking up luggage / goods.

The bike will run without DL: The Smarton Flex is a low speed electric bike, meaning its maximum speed is less than 25 km / h. So you don’t need a driving license and vehicle registration to ride this bike. This electric bike will be very useful for delivery staff etc.

Also read: Electric incarnation of Tata Nano is coming, test photos have surfaced! 200 km Will run on a single charge

Price and driving range: The company has introduced this bike in only one variant. It costs just Rs 40,000. This bike can carry a maximum weight of 40 kg. The frame of the bike is designed in such a way that a variety of accessories can be loaded on it. According to the information received, this bike offers a driving range of 75 to 120 kilometers for a single charge. The battery of this bike takes 4 to 5 hours to fully charge.

You will get these special features: In the Smarton Flex, the company has included a number of features that appear for the first time in the segment. This bike has a high density swappable battery pack. That is, you can also remove the battery if necessary. The life of this battery is up to one and a half lakh kilometers.