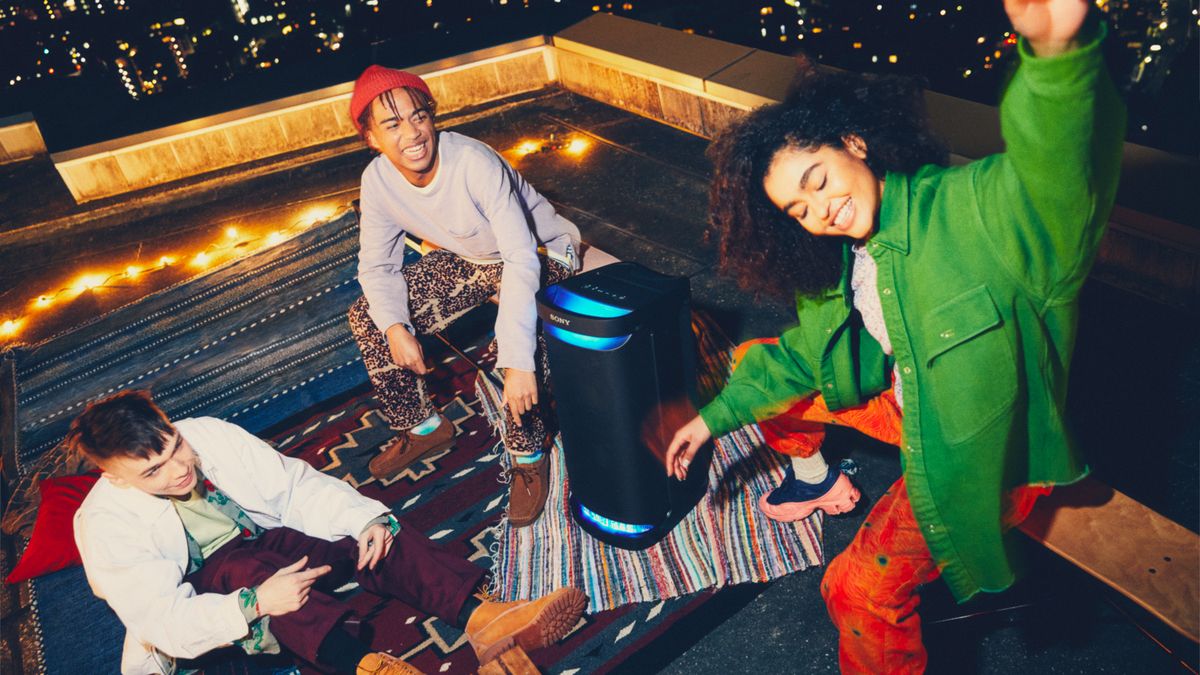 Sony’s X Series has the SRS-XP700 and SRS-XP500, both of which take design cues from the PA and SRS-XG500 speakers that look more like a modern interpretation of a boombox.

All three units get their name from the X-Balanced non-circular speaker units, which, according to Sony, offer a “richer and clearer sound no matter what style of music you listen to” due to increased sound pressure and low distortion. provided by the larger diaphragm.

Each speaker also has ambient lighting, similar – if not identical – in the style of Sony’s Extra Bass speaker range (such as the SRS-XB33), allowing multiple light patterns to respond to music.

Another common feature in the X-Series range is the ability of each speaker to accept either a microphone or a guitar input, allowing karaoke sessions or probably an impromptu guitar amplifier if you’re desperate.

As mentioned, the XP700 and XP500 have a form factor similar to PA speakers, but have built-in sensors that allow them to optimize sound to be placed vertically or horizontally.

These two speakers also feature a variety of tweeters alongside the main drivers, the largest of the pairs having three in front and one in the back for omnidirectional sound, and the smaller one boasts only two in front.

All three speakers have a neat carrying handle and promise a long battery life (no specific data yet), but the XG500 takes the cake with outdoor capabilities due to its IP66 weather resistance and water-repellent network. XP700 and XP500 have an IPX4 rating, which should protect you from problems in mild weather.

Party speakers without a party

Sony’s time with these speakers may seem ill-advised, given the various blockages and quarantines that countries around the world are experiencing, but this may suggest why so far I’ve only seen Australian product details (I contacted Sony for more details) information about it).

The concept of party speakers is certainly not new, but among the Bluetooth speakers launched in the pandemic era, we have seen more success in smaller personal speakers such as Sonos Roam, which we liked for its robust and compact design and sound lush, but not strong.

The other space I’ve seen gets more attention during Covid-19 is the smart speaker families – for households that don’t necessarily invest in an expensive hi-fi system or would prefer to have a few smaller speakers throughout the house, Smart speakers like the Sonos One make a lot of sense.