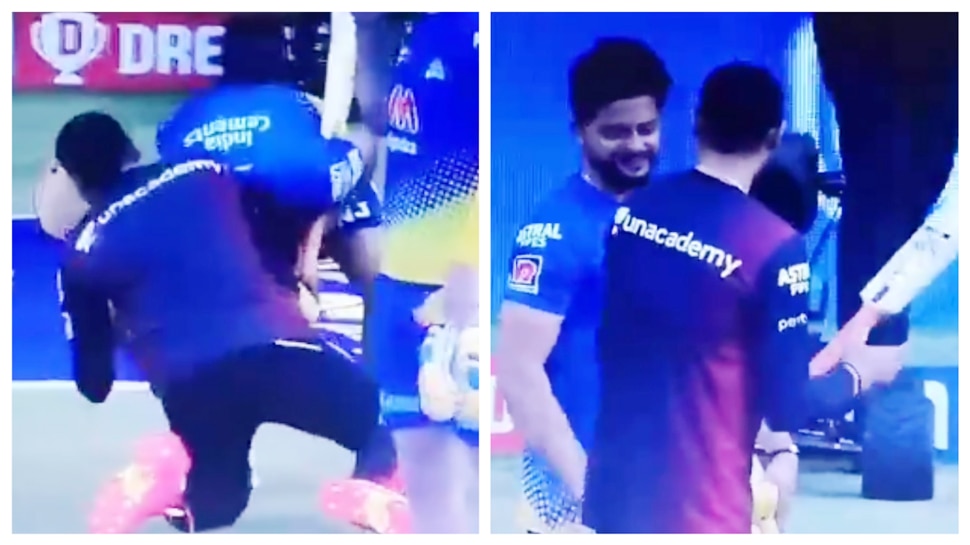 Chennai: A funny incident took place before the match between Chennai Super Kings (CSK) and Kolkata Knight Riders (KKR) on Wednesday. In fact, while the Chennai and Kolkata teams were training before the match, Suresh Raina came on the field and touched Harbhajan Singh’s leg.

The video is going viral on social media

As soon as Harbhajan Singh touched Suresh Raina, Bhajji himself sat on the ground on his knees. Then Bhajji stood up and hugged Raina. The video of this funny incident between these two veteran cricketers is going viral on social media.

Seeing such respect for Harbhajan Singh in Suresh Raina, former fast bowler Irfan Pathan said, ‘It is very beautiful. When you play together for many years, win the World Cup, there is a love. Although Bhajji is not much older than Raina, both were in the team, but this is a great moment. It’s a way to show respect.

Harbhajan has played for Chennai