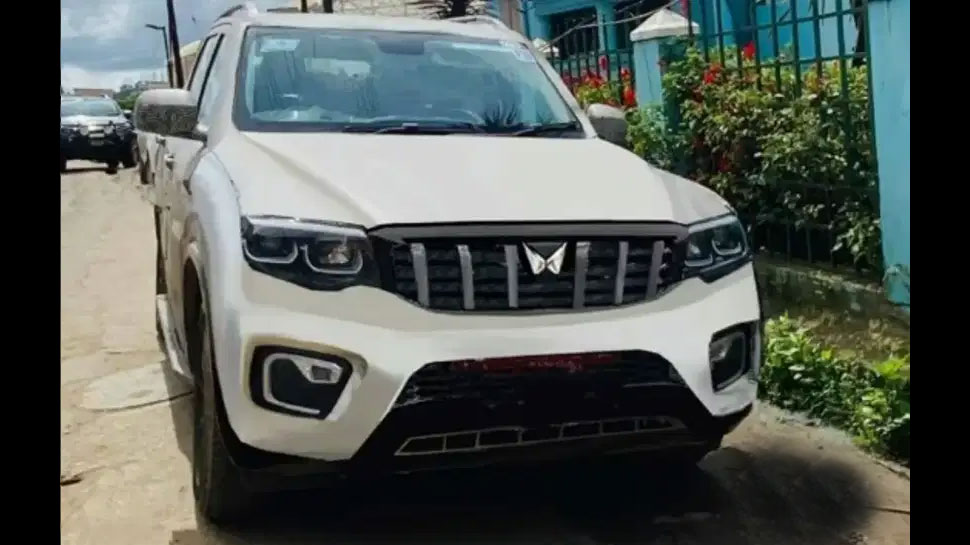 New Delhi: The new generation Scorpio is eagerly awaited in India and the new SUV is being tested daily. The new generation model has been completely replaced by Mahindra Automotive and the new Scorpio (2022 Scorpio) is almost completely different from the current model. The company is going to introduce a powerful looking SUV in a living style. Before launch, all the details of the exterior of the SUV have been revealed. The company is set to launch a new Scorpio in India next year, the prototype of which has been spotted several times during testing.

There is a lot of information about the new generation Scorpio. The image presented shows a large grille on the front of the SUV that encloses the entire front. The LED headlamps attached to it are also seen as a part of this gill. The new Scorpio is very strong in appearance, with shark fin antenna, rear door spoiler, multi-spoke alloy wheels. The SUV seen during the test was completely covered with stickers, so some of the remaining details were not revealed.

Both petrol and diesel engines

In addition to providing strong bumpers on the front and rear of the new Mahindra Scorpio, the company has also provided LED taillamps. Features include the new touchscreen infotainment system, connected car features, multi-functional steering wheel, automatic climate control, panoramic sunroof and wireless charging. The new generation Scorpio will be launched with petrol and diesel engine options, and the SUV will have a 2.0-liter turbo petrol and 2.2-liter turbo diesel engine on the back of the XUV700.