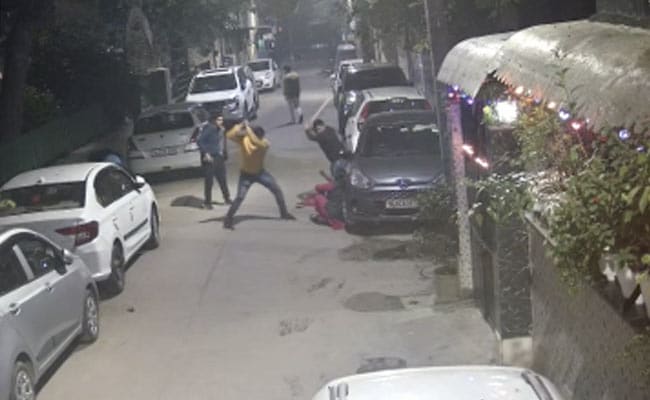 The incident of beating of a woman in Shalimar Bagh area of ​​Delhi has been captured on CCTV. CCTV footage shows some men beating a woman with sticks and iron rods. According to Delhi Police, the incident took place last month and AAP MLA Bandana Kumari has been blamed for the attack. CCTV shows a woman parking her car. A girl in the car and a girl sitting in the back get down from the seat next to the driving seat. At that moment, two women with two or three children come in front of them and they start beating the girl. When the woman in the driver’s seat got out of the car, they beat her with sticks and fled.

# See , A woman was beaten with sticks by some people on November 19 in a residential colony in Shalimar Bagh area of ​​Delhi.

The Delhi Police has registered an FIR against the unidentified persons on the basis of the woman’s complaint, it said.

(CCTV footage of the incident) pic.twitter.com/YmZRtD7COu

The incident took place on November 19. The victim was discharged from the hospital on Tuesday. The victim has alleged that she attacked Aam Aadmi Party MLA Shalimar Bagh Vandana Kumari. The name of the MLA is mentioned in the complaint written in the FIR. But there is no FIR against him. In the FIR, the victim wrote that the attackers were sent by MLA Bandana Kumari.

The victim said, “On the night of November 19, my daughter and I were attacked by AAP MLA Bandana Kumari’s men. I was attacked because I had lodged an FIR against Bandana Kumari’s husband in 2019. To expose Kumari’s misdeeds. Several complaints have been lodged against her before. Are. “

Mother and son injured in shooting at Delhi wedding

Both women were arrested and remanded in judicial custody, police said. The search for the remaining accused is on. On the other hand, MLA Bandana Kumari told PTI that “all the allegations against me are baseless. The victim girl lives next door to me and she has a tendency to keep on accusing me. I have nothing to do with her or this case.”