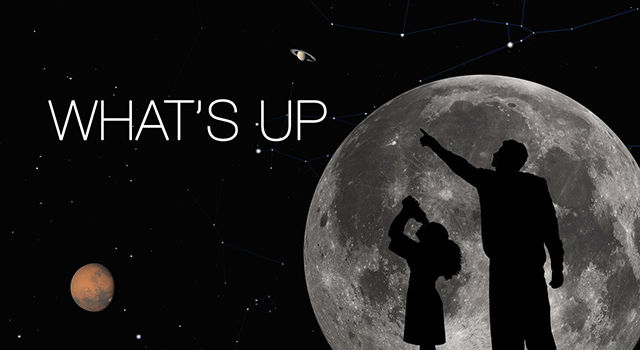 What are some of the most important moments of observation in January 2021? Mark the closest approach to the Earth from the Sun for the year, called perihelion, at the beginning of the month, then observe some elusive planets: Uranus on January 20 and Mercury in the second half of the month.

More information on the topics covered in this episode of What’s Up, along with still images from the video and video transcript, is available at https://solarsystem.nasa.gov/whats-up-skywatching-tips-from-nasa.

What’s going on in January? The proximity of the Sun, the easy observation of the outer planet and the chance to catch Mercury in fast motion.

The new year begins with the planet Earth at the closest point of its orbit around the Sun, called perihelion, on January 2. You may now have learned in school that the Earth orbits a certain distance from the Sun and that its orbit is almost circular. The average distance from Earth to the Sun is called an astronomical unit, but since our orbit is not a perfect circle, it means that sometimes we are a little closer to the Sun and sometimes farther away.

In fact, our distance from the Sun varies by about 3 million miles during the year. This is almost 13 times the distance from Earth to the Moon.

If you have access to binoculars or a telescope, then you may want to take them out on January 20, which provides an easy opportunity to see the planet Uranus. The distant, outer planet is too faint for most of us to see with the naked eye and can be difficult to locate in the sky without a computer-guided telescope. But on the 20th, Uranus will be located right between the Moon and Mars. That evening, you find the crescent and the red planet in a few hours after dark. Scan your way from Mars to the moon and you should be able to find Uranus’ faint, blue disk.

Together with Neptune, Uranus has been visited by a single spacecraft so far, this being NASA’s Voyager 2, more than 30 years ago. And as more recent views of the telescope have revealed the active atmosphere beneath the cloudy, blue exterior, scientists are eager to return one day for a closer look.

The last two weeks of January offer opportunities to capture the fast-moving planet Mercury. Search for the innermost planet of our solar system immediately after sunset, starting in the middle of the month. You will need a clear view to the west, as Mercury will appear only a few degrees above the horizon (approximately the width of the outstretched fist).

This small planet orbits much closer to the Sun than to Earth, which means it also orbits the Sun much faster, completing its “year” in about a quarter of the time it takes the Earth to return once. And that’s why we have the chance to see Mercury in the sky every three months or so, because it seems to throw back and forth from one side of the Sun to the other. But Mercury never strays too far from the Sun from our vantage point, and so we see the small planet only before or after the Sun rises or sets.

Last visited by NASA’s MESSENGER spacecraft, which ended its mission in 2015, Mercury is set to see a new visitor in orbit in 2025, when the joint European and Japanese BepiColombo mission arrives there.

Here are the phases of the Moon for January.

You can catch up with all of NASA’s missions to explore the solar system, not just nasa.gov. I’m Preston Dyches from NASA’s Jet Propulsion Laboratory, and that’s what’s happening this month.