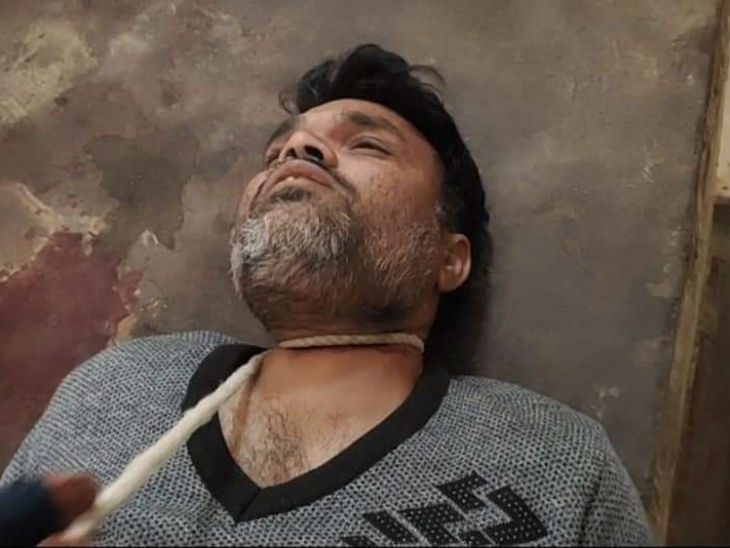 The body of 35-year-old Munendra, a resident of Chhatarpur, was found hanging from a mango tree in a field.

A 35-year-old farmer was hanged in Chhatarpur in Madhya Pradesh on Thursday. He was running a flour mill and was unable to pay the electricity bill of Rs 88,000. A few days ago, the department seized his mill, car and two-wheeler. Feeling humiliated, the farmer committed suicide. A suicide note has been found, in which he writes that he will hand over my body to the government, which will sell the organs and pay Rs 88,000.

The incident took place in the town of Mataguan in the district. The body of Muninder Rajput, who was running the mill, was found hanging from a mango tree in the field. Power department staff arrived at his home on Monday to collect the bill. He took action on the addition of non-payment of debt. The department says Muninder had been tired of electricity bills since 2018. He did not pay the bill despite repeated notices.

3 page suicide note, written – work stopped in lockdown, 3 buffaloes were stolen
Police found a 3-page suicide note at the scene. In it, Munendra wrote, ‘The work could not be paid due to the suspension of work in the lockdown, death of one buffalo, theft of three buffaloes and non-receipt of income from agriculture. Repay debt by selling body parts. Hello everyone. ‘ 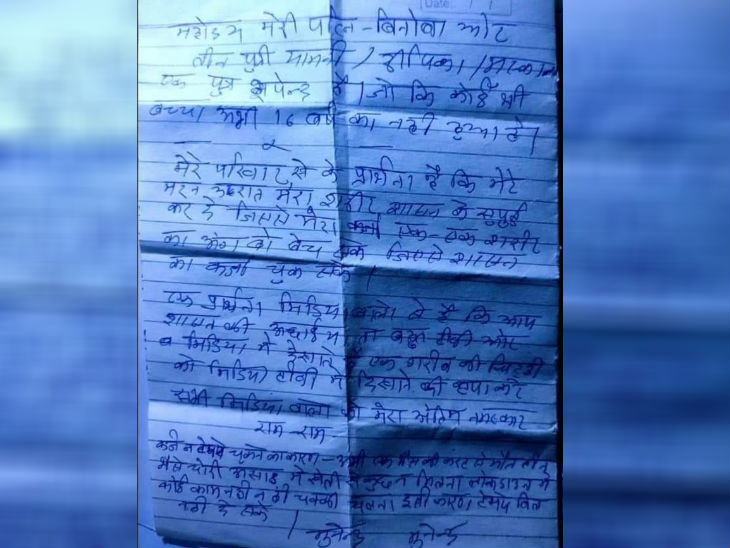 Before committing suicide, Munendra wrote a suicide note of 0 pages. It is written that the income was not coming due to the lockdown.

15,000 was collected, but did not agree
Muninder’s brother Lokendra said that his brother had told the power department team not to confiscate the goods. Now I deposit 10-15 thousand rupees, I will deposit the rest when the crop comes, but the team did not listen. The goods were confiscated and forcibly signed by Munendra. This shocked him. Munendra is survived by his wife, 3 daughters and a son.

Department’s argument – he was not a farmer, he ran a mill

Department officials say Muninder was given ample opportunity to pay the bill. RK Pathak, executive engineer of Chhatarpur division of the power company, said that Munendra was not a farmer, he had a mill industry. There were commercial connections. Despite two or three notices, the bill was not paid. The RRC was then released. Even after this, they were given many opportunities. The RRC was reissued on December 8, but still did not introduce the bill. The pair was then taken to the police.

Upon learning of the incident, SP Sachin Sharma and DIG Vivekraj Singh also visited the spot. The SP said the action would be taken on the basis of an inquiry into the power company’s arrears and suicide note.