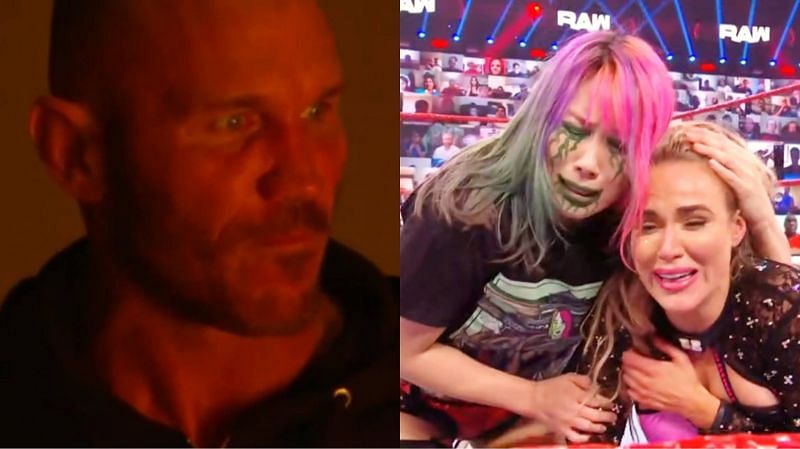 From the hide-and-seek game of Bray Wyatt and Randy Orton to Lana facing her fears against Nia Jax, this week’s edition of WWE RAW featured many contrasting moments.

The Red brand offered a nice episode from home before the WWE TLC, which did a good job of making WWE fans excited about paying to watch this Sunday. There have been some notable offers from most segments or matches that aired this week, although some booking decisions have been questioned after the show ended.

Tell us what you think about this episode in the comments section below.

# 5: Jaxson Ryker returned to the main list as a fan of Elias on WWE RAW

Forgotten Sons star Jaxson Ryker has been removed from WWE TV after making some controversial comments during the Black Lives Matter movement earlier this year.

While Steve Cutler and Wesley Blake from The Forgotten Sons became King Corbin’s men on WWE SmackDown, Ryker returned in a recent episode of the Main Event with Elias.

In that main episode of the Main Event, the Shenanigans took over the Elias and Ryker segment 24/7. A similar version of this scenario took place in WWE RAW this week, as the unintentional interruption of R-Truth invited several WWE superstars to come out and chase the champion 24/7.

Of those superstars, Gran Metalik was attacked by Jaxson Ryker to end the segment.

Elias and Ryker’s partnership stems from the fact that The Drifter was enlightened after being electrocuted in the Symphony of Destruction match against Jeff Hardy.

Ryker chose the path to Walk With Elias as part of Drifter’s great vision and it looks like the two will be presented together as a basic duet on the Red brand starting with this moment.

Finally, Elias has a bodyguard who could protect him from any uninvited guests during his WWE RAW concerts.